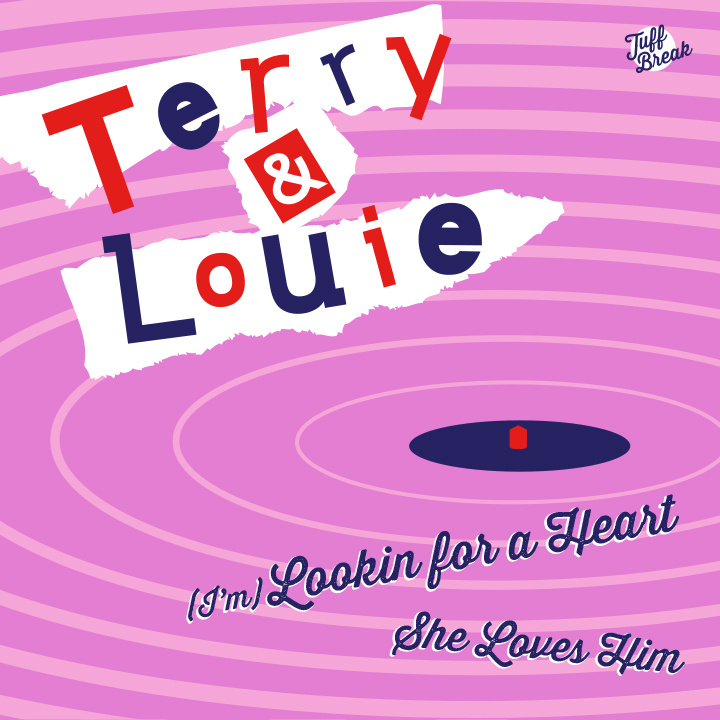 Shortly after Portland’s The Exploding Hearts released their excellent punk debut Guitar Romantic in 2003, three of its band members were tragically killed in a car accident. The lone survivor, guitarist Terry Six, all but retired from music, working briefly with Portland power pop band The Nice Boys before embarking on an indefinite hiatus. Now, though, Six has returned to the forefront with a new project, one that finds him reuniting with former Exploding Hearts’ keyboardist King Louie Bankston. (Bankston had left the band prior to the release of Guitar Romantic.)

Aptly dubbed Terry & Louie, the duo will release a 7-inch single entitled “​(​I’m) Lookin’ For a Heart” b​/​w “She Loves Him” on September 30th via Six’s own fledgling label Tuff Break. The product of Six’s relocation to Oakland, California, the single was recorded at the Tuff Shed Bunker and mastered by Guitar Romantic producer Pat Kearns. Six and Bankston shared vocal and guitar duties while session drummer Garett Goddard (Cuts, King Tuff, Girls) took over on rhythm.

A press release cites Nick Lowe and Eddie & the Hot Rods as inspirations for “(​I’m) Lookin’ For a Heart”, and sure enough, the song moves with an intoxicating swagger buoyed by crunchy power chords and pop hooks. “She Loves Him”, meanwhile, is a crisp, shimmering dose of power pop whose sunny melodies are offset by a few lovesick and self-pitying lines.