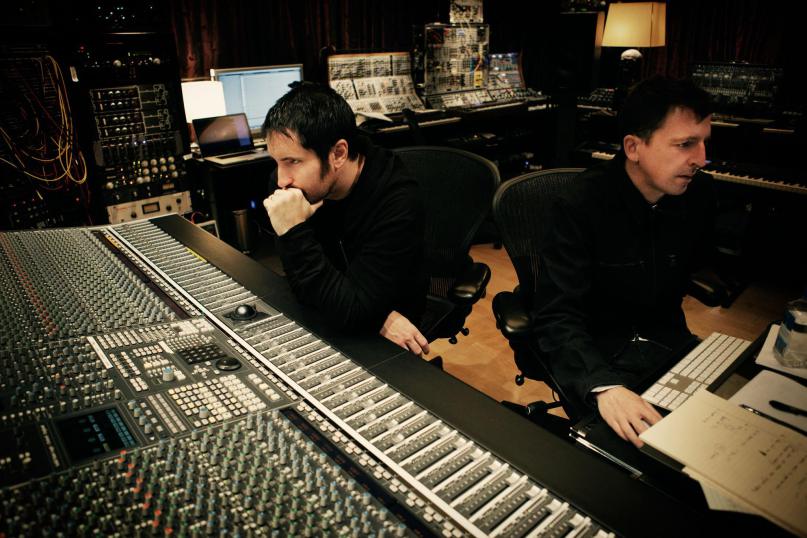 Trent Reznor has divulged details of his soundtrack to David Fincher’s new film, Gone Girl, in an extensive new interview with The Wall Street Journal.

Fincher’s latest film, an adaptation of Gillian Flynn’s 2012 thriller, stars Ben Affleck as the primary suspect in the murder investigation of his wife (played by Rosamund Pike). For the corresponding soundtrack, Reznor said Fincher asked him to “think about the really terrible music you hear in massage parlors. The way that it artificially tries to make you feel like everything’s OK. And then imagine that sound starting to curdle and unravel.”

The resulting score, according to The Wall Street Journal, is “composed of lilting, haunting synths interspersed with doleful piano melodies and accentuated by the orchestral arrangements.” It marks the first time Reznor recorded with a live orchestra.

The article goes on to describe the musicians’ writing process. Unlike most other film composers, who create music for the film once its complete, Reznor and Ross “often begin talking about the role of music with Fincher even before the first scene has been shot, so that their score evolves in tandem with the movie’s production, operating like an alternate script that shapes the direction of the film as it is in turn shaped by the film.”

The Journal relays an example from The Social Network of how Fincher trimmed 10 minutes off of a scene in order to fit Reznor’s vision.

Gone Girl is set to hit theaters on October 3rd. Presumably, the soundtrack will be released around the same time. Below, watch the film’s trailer.