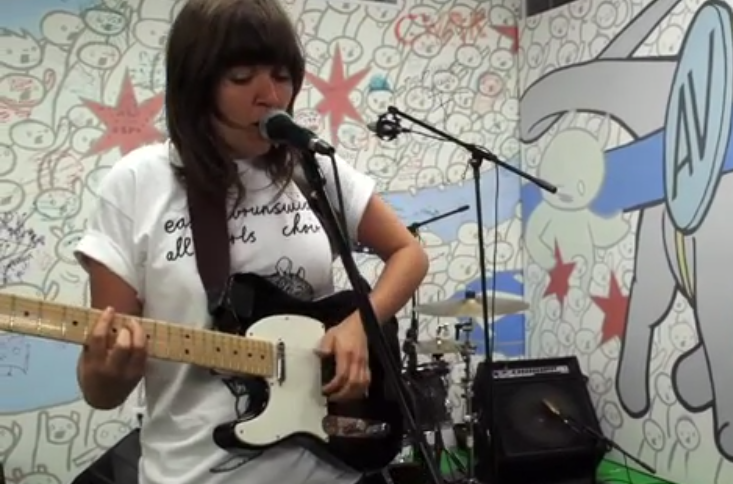 Aussie singer-songwriter Courtney Barnett already has several alt-rock covers in her back pocket, including The Lemonheads’ “Being Around” and the entirety of INXS’ 1987 album Kick. During a recent session for A.V. Club’s Undercover series, Barnett showed off her chops once more with a rendition of The Breeders’ classic 1993 single, “Cannonball”.

Structurally speaking, Barnett and co.’s version is fairly identical to the original, from the sluggish pacing and the emphasis on that cutting bass line to the lackadaisical passion in Barnett’s voice. However, there’s also a certain sort of bounce to the trio’s rendition, making the whole affair feel like a bunch of young kids happily playing one of their favorite songs in their parents’ garage.

According to Barnett, “Cannonball” also served as the inspiration for her forthcoming debut full-length, due out later this year.