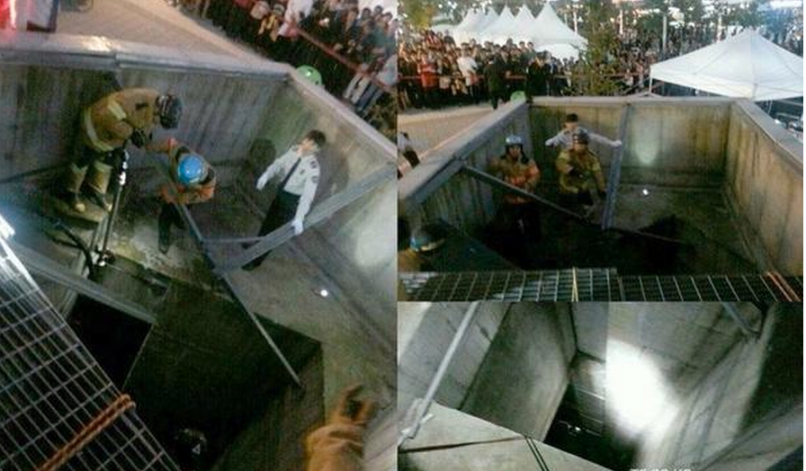 16 people were killed and 11 others seriously injured when a ventilation grate collapsed during a concert in Senongnam, South Korea on Friday. According to the Associated Press, 20-30 people were standing on the grate when it collapsed, causing them to fall down a 65-foot shaft.

Many of the victims are believed to be young girls, who had gathered to watch South Korean K-pop group 4Minute. Reports indicate that the group was initially unaware of the tragedy and continued performing for several more minutes.

Below, you can see a few photos from the scene via Twitter.

Correction: It was an outdoor K-Pop concert where 4Minute and other bands were performing at. http://t.co/aC59mlaRCn pic.twitter.com/aNdgkvd4ZA