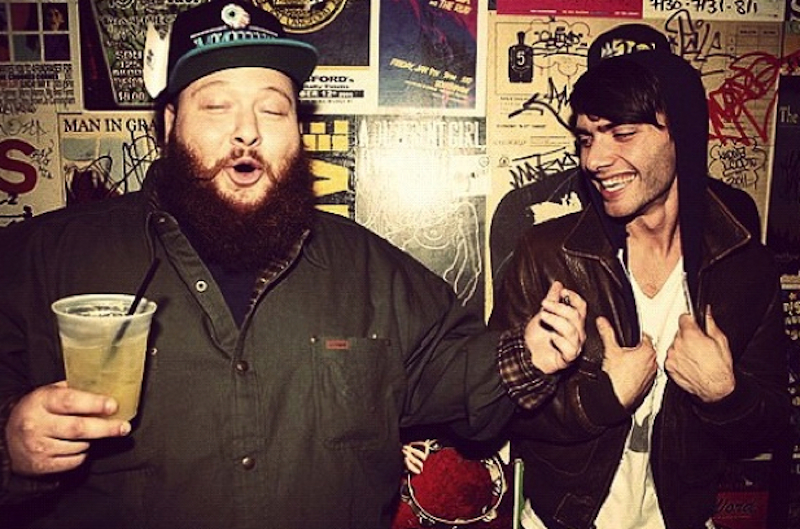 Action Bronson and Party Supplies revive their Blue Chips chemistry on their latest collaborative track, “The Light In The Addict”.

Here, over a bed of twitchy, Party Supplies-produced piano arrangements, Bam Bam looks to the future with a decidedly dismal outlook. “Sittin’ first class feeling like shit though/ Staring at the window with the mind of a schizo,” he spits gloomily. Guest vocalist and fellow Fool’s Gold labelmate Black Atlass offers up similarly manic lines as he sings about losing his own sanity.

Despite the track’s depressing tone, Party Supplies maintain that it’s just as much about the light at the end of the tunnel as about the darkness. “It’s the sound of hope and survival and the crossroads of good and bad,” the duo told Billboard, adding that the song captures a “nothing is perfect” mentality.