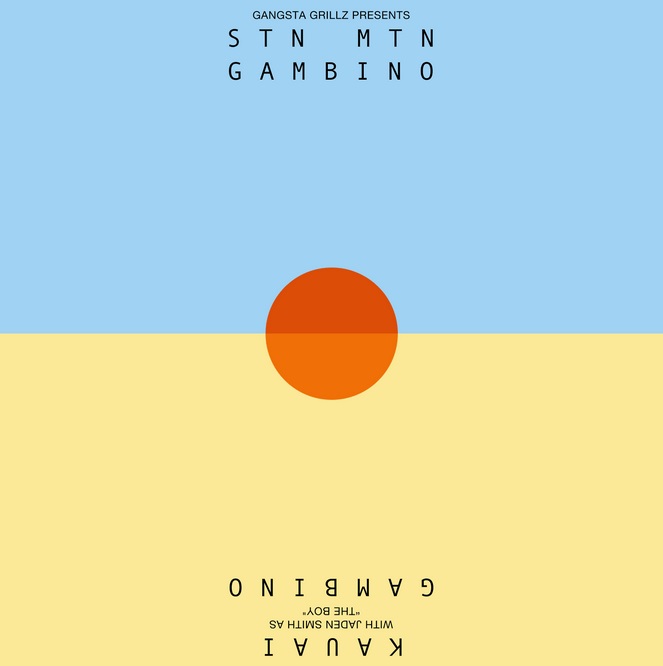 Donald Glover doesn’t need your approval. He has always had plenty of admirers, be it through his standup, TV work, or his music, which he makes as Childish Gambino. Fans of his comedy routines and 30 Rock and Community episodes followed him to the mixtape circuit, a world which rewards humor but not necessarily Gambino’s particular brand of pop culture-dissecting kind. In turn, depending on who you ask, he’s one of hip-hop’s smartest MCs or a short-shorts-wearing outsider who’s unable to see why he’s unwelcome, like a much younger sibling who thinks they can hold their own in a pickup game, but just can’t.

The first school of thought is easy to see: STN MTN is the most downloaded mixtape on DatPiff this month, and it’s not close. The most prominent indicator of the second, meanwhile, are his scathing reviews, though he’s brushed off criticism by saying that, for instance, even he wouldn’t rate his album 9.0 if he worked for Pitchfork, unfit for their “brand” anyway. But listen to 2012’s “Unnecessary” again, blocking out external context, and you’ll hear a song that’s compulsively listenable in a number of ways, from the catchiness of the titular hook to the lines of not only ScHoolboy Q and Ab-Soul, but Gambino too.

With STN MTN, the 11-track mixtape he released earlier this month, along with a seven-song EP called Kauai, he seems to be strictly ignoring negative scrutiny, instead making a clear attempt to honor the legacy of his native Atlanta/Stone Mountain, Georgia, resurrecting beats from the past decade and a half. He spells it out for us on the intro, listing what he’d do if “I ran Atlanta”: He’d fire the cops in the controversially-policed Cobb County, strippers would get Mother’s Day off, etc. Last, he says he’d have his own Gangsta Grillz mixtape, and now he does, a stamp of street credibility as significant as his working with the featured artists on Royalty (everyone from RZA to Nipsey Hussle).

Gambino still isn’t an Atlanta rapper in the traditional sense. He’s not goonish or overly reliant on repetition; he’s always wanted to do more. But his reverence for the songs here is convincing enough. There’s no reason to think he’s less than serious when he claims Maceo’s “Nextel Chirp” as a song you don’t know unless you’re from Atlanta. (He also takes on Ludacris’ “Southern Hospitality” and Future’s instant classic “Move That Dope”.) And while the likes of Lil Wayne’s “Go DJ” and Kari Faux’s “No Small Talk” are actually native to New Orleans and Little Rock, respectively, Weezy’s classic blew up in Atlanta (and everywhere else) and the concept of “No Small Talk” pretty much just reminds you of “Nextel Chirp”. They fit in.

Surely the success of Because the Internet last year was partly due to the album’s elaborate rollout (including that 70-page screenplay), though the same ambition brought him as much ridicule as ever. By comparison, STN MTN is a relatively low-key exercise. “Fucks Given” and the two-part “Candler Road” represent the big picture of Gambino’s artistry: He loves both a simple hook and an advanced song structure. But the small tics of his songwriting are more noticeable now, too, from the confidence of the choruses to the millisecond contortions in his voice. Songs like “Fucks Given” are Glover at his nonchalant best, and while it might come across as hammy when he compares his partner’s “head” to Cambridge University, you remember that other rappers make similar references all the time (usually with Harvard or Yale). With Gambino, it just comes across as knowingly low-brow. All told, from his flows to his punchlines, he’s never sounded more well-rounded.

With STN MTN, Gambino has made something that makes you want to hear where he goes next as a rapper. The sleek, melodic pop of the Kauai EP, however, puts you on hold so he can show you what he might do next as a musician (though there’s still rapping here), and the project is worth your time even if it seems like a footnote for now. As it turns out, Gambino is a perfectly capable singer (see “Pop Thieves (Make It Feel Good”) and “Retro [ROUGH]”), and you can picture him hitting duets with legit pop stars in the future. Well, whatever happens will happen. Only STN MTN is in the spotlight for now, but Kauai will eventually be absorbed by fans and naysayers alike, adding another fold to the career of an artist who, as time goes on, is producing more applause and fewer face-palms.