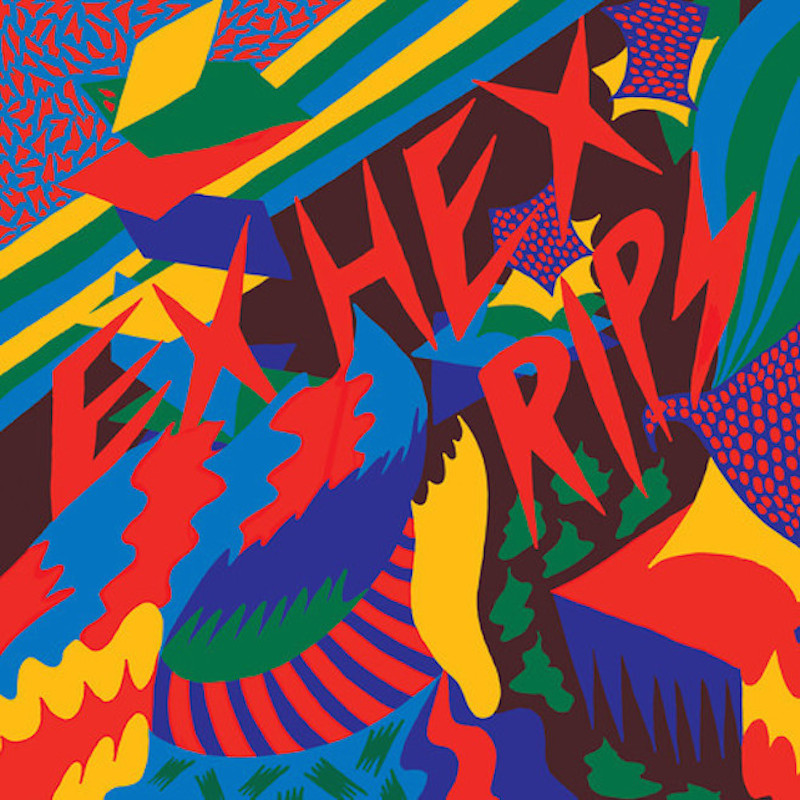 For Ex Hex’s Rips, guitarist Mary Timony got a new axe to shred: a 1977 Les Paul Special. The lead singer puts her retro instrument to great use on the LP, which leans heavily — and mostly succeeds — on the merits of its rip-roaring riffs, huge hooks, and classic rock vibes.

The record technically represents the debut album for the DC trio, but all three members — Timony, Laura Harris, and Betsy Wright — are music vets. Perhaps the biggest profile, Timony notably played with Autoclave, Helium, and, more recently, Wild Flag. In fact, Timony has said that some of Ex Hex’s songs were originally written for Wild Flag. In comparison to her earlier projects, Ex Hex dabbles in riot grrrl territory, but shades heavily toward ’70s-style power pop and glam rock guitar sounds without feeling reductive.

Reviews of Ex Hex’s performance at SXSW noted the trio’s chemistry, which also plays an important role on the record. Strong harmonies buoy numerous tracks, like “You Fell Apart”, “Everywhere”, and “How You Got That Girl”, the latter of which features catchy hand-claps over its slow-burning riff.

The simple lyrics, for the most part, deal with bad boys: cheaters, equivocators, and players. The record is the most fun and engaging when it’s calling out douchey guys on their shitty behavior. “I thought you were a man of action,” Timony snarls on the reverb-filled lead track “Don’t Wanna Lose”, before adding, “Well c’mon baby, c’mon baby give me little reaction!” On the first single and album highlight “Hot and Cold”, Timony croons, “You’re acting like the foolish kind/ Keep trying to talk to me through your mind.” She’s cited an adapted riff from Tommy James and the Shondells’ “Crimson and Clover” as the song’s inspiration, and the punchy track opens up into a searing solo that evokes The Knack’s “My Sharona”.

Ex Hex’s only prior release was their “Hot and Cold” single, which featured three songs (“Hot and Cold”, “Waterfall”, and “Everywhere”) that also appear on Rips, so fans who were licking their chops after the band’s first 7” will only hear eight truly new tracks. “Radio On” feels the most like filler — a vanilla track with the album’s least interesting guitar work.

In interviews, Timony has said that she wanted to make “relaxed and fun” music, and in that regard Rips hits the mark. For fans of huge riffs — don’t be surprised to find yourself putting in some serious air guitar work — the new Ex Hex record won’t disappoint, even if the lyrical depth is lacking.

Essential Tracks: “Hot and Cold”, “How You Got That Girl”, and “Don’t Wanna Lose”