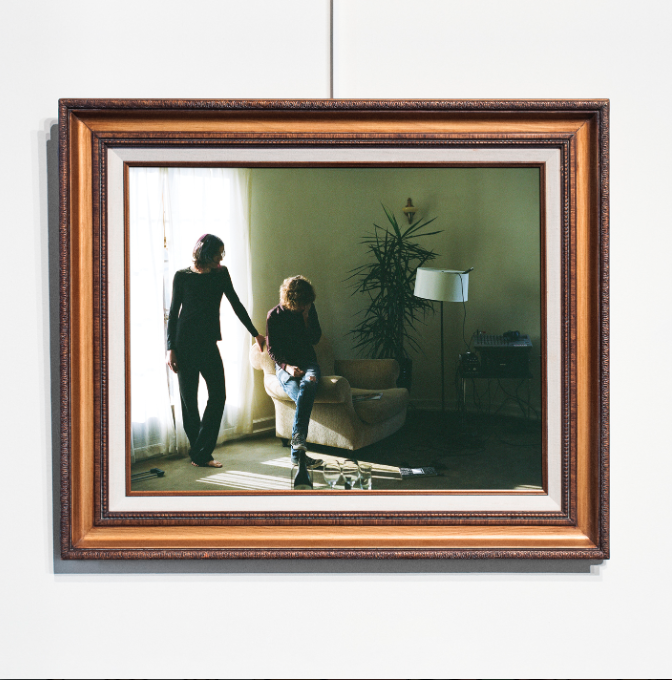 Sam France and Jonathan Rado have the type of musical partnership that’s so chemically reactive, it’s tough to say exactly how they should manage it: Are they more impressive when they whittle and polish their spitballs into structured songs and “pop,” or when they don’t? Last year, it wasn’t entirely clear that their breakout album, We Are the 21st Century Ambassadors of Peace and Magic, was a product of the former, but it’s clear now. Its successor, the 24-song double LP …And Star Power, is a spitball mural that stretches a full city block, comprised of long swaths of barely revised jams littered intermittently with tiny bombshells of truly gifted songwriting. Juxtaposed with Peace and Magic, Foxygen’s third album provides the evidence to decide for yourself.

But the story here isn’t that Rado and France are writing music with less inhibition now, exactly — more that they’re taking a brick wall covered mostly with trash and their own saliva and presenting it as a methodically designed opus. Here’s Rado on Star Power’s through-line: “It starts out as a classic Foxygen album, and then it’s gradually taken over by this band called Star Power. They’re from space. Maybe. I don’t know. It’s a loose concept.” Granted, Rado’s not the one out there singing lyrics (that sound) like “Tropical fruit/ Mystery caves/ Sail stones” (“Cosmic Vibrations”) on record — that’s France, the one prone to breaking his own leg or literally robbing someone while performing, and there’s not much “maybe” or “I don’t know” in his voice here. This is the perfectly dissonant formula that first elevated Foxygen and that they’re still trying to wrangle in and master: Rado mines his mental archive for a familiar composition to lay down, then turns his accomplice loose, letting France’s freak flag fly.

Enough has been said of Foxygen’s encyclopedic repertoire of influences that it doesn’t necessarily bear repeating, but rest assured, classic and psych rock still hold reign. “Freedom II” is all “Sister Ray”; the misleading first-and-second-song punch of the album’s only true single candidates, “How Can You Really” and “Coulda Been My Love” (which, true to Rado’s word, can be described as “classic Foxygen,” if such a thing exists) couldn’t have evoked Fleetwood Mac more if Stevie Nicks herself had accepted the band’s offer to collaborate. The whole thing drips with a say-everything-by-saying-nothing ethos that most closely resembles that of The Flaming Lips, who are featured artists on the album along with Of Montreal, White Fence, and Bleached.

Alas, heavy chemical reactions sometimes cause someone to lose an eye, too. As of one year ago, a new Foxygen album was far from a guarantee to ever drop, let alone one this stuffed and soon. With that in mind, a line like “What are we good for if we can’t make it?” comes off loaded, even as the titular lyric for the third movement of the otherwise bombastically meaningless four-part suite on side A. Actually, for an album that Rado admits has France mostly singing incoherent ambiguities, that’s quite possibly the only sentence on Star Power that means anything at all.

So, Star Power also comes as a major relief, an important reminder to Rado, France, and all their listeners of the sheer volume of at-least-decent material they’re capable of constantly yielding if they can stay in a room together long enough. Keep in mind, this is the fourth full album in three years on which Rado has served as a primary composer, including his comparably adventurous solo album from last year, Law and Order.

Star Power overwhelms with its personality, one that takes on a wildly different but equally zealous form every three minutes, one that’s exciting for a long while before suddenly making you want to shelve it for a longer while. At the same time, it’s not hard to picture Star Power ending up the kind of album that’s more clearly impressive in 10 years than it is today. Should Foxygen actually be at the start of a long and hyper-fruitful career, this album could retrospectively reveal itself a critical step and deceptively rich in its nonsense. In the meantime, it’s a thrilling if uneven ride.

Essential tracks: “Coulda Been My Love”, “I Don’t Have Anything/The Gate”, and “Cold Winter/Freedom”