Iceage – Plowing Into the Field of Love 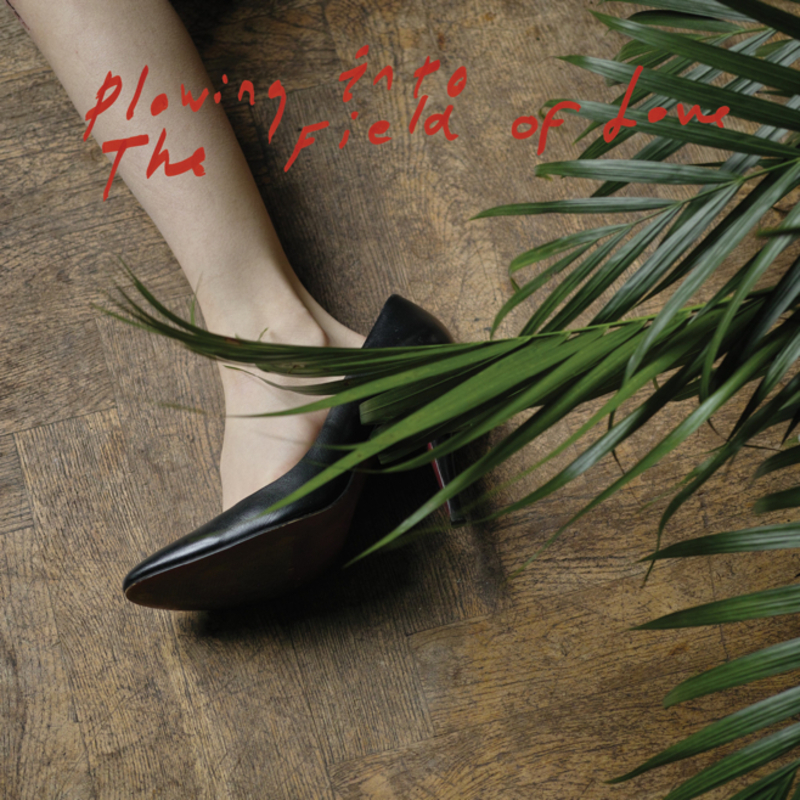 My first introduction to Iceage came at a sweaty Chicago house show in August 2011. I remember leaning precariously out of a second-story window, my back to the breeze as I watched four solemn, conspicuously Scandinavian teenagers set up their equipment. They seemed unaffected by the room’s tropical atmosphere, shrugging off the drops of condensation that fell sporadically from the ceiling. Guitarist Johan Surrballe Wieth plugged in and played a few sinister chords as the smokers filtered back in, pushing me from the window to the front row. Within minutes, the band had blasted through three songs from their debut album, New Brigade, and I was bleeding from the bridge of my nose.

Blood is not an uncommon sight at Iceage shows. It’s a byproduct of the band’s approach to punk, which blends the blunt force of early hardcore with the nihilism of no wave and the black atmosphere of Bauhaus. It’s also a potent symbol of what Iceage stood for three years ago: youth, vitality, a hypodermic injection of danger into a punk scene that sorely needed it. The fact that they were four unknown kids from Denmark only heightened the excitement, as if total outsiders were the solution to punk’s dormancy.

Of course, it didn’t hurt that New Brigade and its follow-up, 2013’s You’re Nothing, boasted mature songwriting to match Iceage’s sheer ferocity. They obscured that talent on New Brigade with self-consciously fuzzed-out production, as if the band were trying to make a statement that the individual parts (specifically, Elias Bender Rønnenfelt’s incomprehensible vocals) mattered less than the merciless whole. The waves of distortion parted somewhat on You’re Nothing, revealing something even darker and more profound than what the band’s ominous imagery always suggested. That album made clear that Iceage was no fluke, and diversions such as the messy, piano-laced “Morals” left fans eager to see what the next step could possibly be.

With its kinetic title and decidedly non-runic cover art, Plowing Into the Field of Love shows that these Danes aren’t content to merely take another step forward. The album, their second for Matador, is a bold reinvention that strips away most of what we thought Iceage was about, relying less on pummeling guitars and more on — stay with me here — pianos, mandolins, violas, and horns. While New Brigade and You’re Nothing both clocked in at under 30 minutes, Plowing takes its sweet time, giving each song plenty of space (upwards of five minutes, in several cases) to grow into an unsettling scratch at the door of your conscience. This is not the fierce and immediate Iceage that nearly broke my nose three years ago. But it is something just as exciting: a horror show more concerned with moral ambivalence than splattering guts.

And so it was that my second introduction to Iceage came in the first 15 seconds of “Forever”, the lead single from Plowing, whose reverb-heavy intro sounds like a sloppier, more jaded sibling to Mission of Burma’s “Trem Two”. Perhaps the biggest surprise comes when Rønnenfelt opens his mouth and you can actually understand his words. “If I could dive into the other/ I’d lose myself forever,” he sings with an affected slur that lands somewhere between Australian post-punk legend Rowland S. Howard and his Birthday Party cohort Nick Cave.

Now, maybe Rønnenfelt has always sounded like this, and we just haven’t been able to hear the nuances beneath Iceage’s crushing roar, but I don’t think that’s the case. Rønnenfelt grew up in Denmark and is still in his early 20s, so it’s entirely possible that he’s just now discovering bands like The Birthday Party and Crime & the City Solution (to say nothing of South African jazz great Mongezi Feza, whose work inspired the climactic horn in the outro to “Forever”). It’s exhilarating to hear him so convincingly embody these influences and create something new from them, Scandinavian accent and all.

Equally exciting is the band’s newfound sense of restraint. The verse on “Forever” builds to what might have been a brutal, unforgiving chorus on a previous Iceage album, but here it dissolves into another verse, blue-balling anyone hoping for a pure shot of hardcore. Album opener “On My Fingers” also plays coy, refusing to explode into a distorted attack. “I don’t care whose house is on fire/ As long as I can warm myself,” Rønnenfelt sings, expressing a kind of selfishness and self-indulgence that serves the band well throughout Plowing. They’re not going to give us another “Iceage” album, and that becomes painfully (and beautifully) clear when the piano begins to carry the melody of “On My Fingers”, adding an element of grandeur and foreboding that simply wasn’t in the band’s arsenal as recently as last year.

Humor is another trick these brooding Danes never had up their sleeves before, but that all changes as soon as “The Lord’s Favorite” kicks off with a country-style, hammer-on guitar riff. The song itself is a veritable hoedown, albeit one that’s oozing with satirical excess. “I do believe in heaven, and I do believe it’s real,” Rønnenfelt confesses, citing “100-euro wine” and “five-inch-wide high heels” as his principal examples. It’s by far the most playful and carefree the band has ever been, flying in the face of recent accusations that they might be fascists.

“The Lord’s Favorite” is a song about hypocrisy and contradiction — really, it’s about being split in two. The rest of the album explores this theme more deeply. On the anthemic, piano-heavy “How Many”, Rønnenfelt sounds like Prometheus being picked at by the eagles when he wails, “I have a sense of utopia/ Of what I truly ought to do.” He’s lashing out in listlessness, and the song fittingly ends on both a question and an unresolved note. “Glassy Eyed, Dormant and Veiled” stays in a minor key as it tells the story of a troubled father and son, two parts of a whole literally separated at birth. Dan Kjær Nielsen’s snare drum sounds like a succession of gunshots, lending a sense of urgency to the rambling narrative.

As the album unfolds, one thing becomes clear: Iceage has succeeded in creating a bleak world all their own, a world not entirely indebted to their post-punk forebears, and one filled with the contradictions of youth. The lush instrumental palette is the lifeblood and atmosphere of this world; just listen to the piano melody on “Abundant Living”, which turns a searing blues-metal riff into something absolutely devastating. By the time we arrive at the reflective title track (which doubles as the album’s closer), we are fully immersed in the dark and darkly comic universe that Iceage has so meticulously crafted. It may not have the immediacy of a circle pit, and it may not leave you needing stitches, but it will carve a hole somewhere deep inside you.

Essential Tracks: “The Lord’s Favorite”, “How Many”, and “Abundant Living”