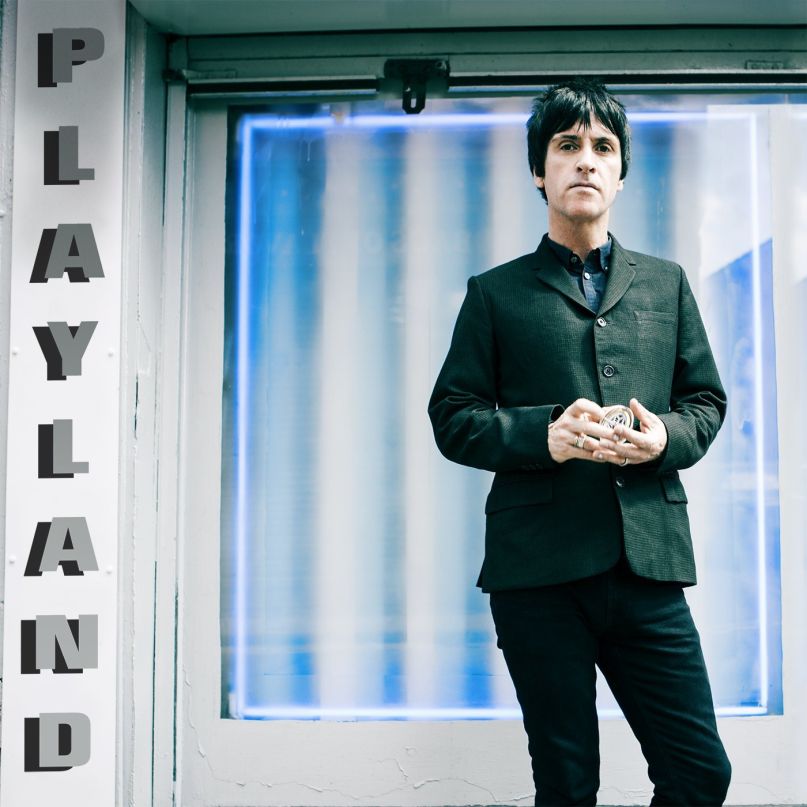 If there’s ever been a musician who’s earned the privilege of copping a little bit of limelight for himself, Johnny Marr is unquestionably the guy. As the architect of the jangly guitar sound that woke legions of indie, dream pop, and alternative rock bands out of their slumbering cocoons in the mid to late ’80s, he’s plenty deserving of every accolade that’s been tossed his way over the years.

But if we’re to read anything into his rather humble post-Smiths career, it’s that he’s perhaps something of a reluctant rock star. He could have easily jump-started a healthy solo career some 25 years ago, but he didn’t get around to releasing a proper solo record until last year’s The Messenger. Instead, Marr has made it his business in recent years to play the role of collaborator and musical wingman, dropping in and out of bands big (Modest Mouse) and small (The Cribs) the way Bill Murray storms in and out of late-night dance parties and recreational kickball leagues. For a while, it seemed like this was a guy most comfortable doing his best work in the shadows; at least that’s what we thought until The Messenger proved he can carry a rock band front and center as well as anyone. Marr sounded very much dialed in on his solo debut, deftly merging lanes between his airy, alt rock past and songs that kicked with a little more sonic force.

The experience of writing, recording, and touring behind The Messenger seems to have sat well with Marr, because barely a year later he’s back at it with another solo effort. He described Playland as having been directly influenced by the city of London. No surprise there, coming from a guy so uniquely identified with British culture it’s a wonder they don’t slap his mug on guitar picks and use them as currency. To be certain, Playland‘s 11 tracks are touched with the classic Johnny Marr sound. There’s the patented guitar jangle that drives tunes like “Candidate” and “The Trap” and the souped-up ’80s pop sound of “Speak Out Reach Out”, which sounds rejiggered slightly to custom fit 2014. It’s foolish not to expect the guitarist to dip back into his old bag of tricks a little bit, and it’d be equally silly to ask him not to. Marr’s mastery of ambiance and sonic texture is still unrivaled, and while there are noticeable nods to the mighty Smiths, they don’t sound the least bit tired or worn.

Perhaps that’s because he doesn’t lean too aggressively on his well-honed stock and trade. If Playland is anchored by familiar sounds, Marr at least works to keep things interesting by working a bit outside the box in stretches. “Easy Money” has a dance rock feel that calls to mind “Dashboard” from his Modest Mouse days. The frenzied “25 Hours” skitters and bops about with restless energy, making for one of the busiest tracks he’s ever penned, while hard-driving cuts like “Back in the Box” and the record’s title track largely leave preciousness behind on the side of the road.

It may have taken an unusually long time for Marr to come around and embrace the fruits of a solo career, but if Playland and The Messenger before it are any indication, the guitar god seems pretty intent on making up for lost time. As long as he keeps delivering the goods with the same verve and finesse as he’s proven capable of here, all the power to him.