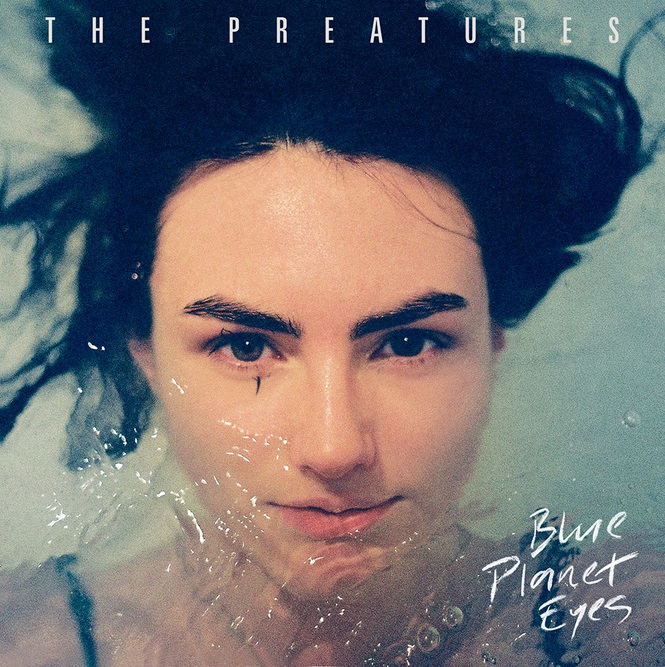 Bands who make their mark in today’s densely packed musical landscape with a “throwback” sound usually don’t stick around for very long. They’re fun for what they are, but they often can’t seem to grab a foothold like the bands they emulate. While I love The Darkness with all my might, their brand of ’70s arena rock never hooked into the collective consciousness as strongly as their debut record. The criminally overlooked UK rockers Lucky Soul have had a similar issue. These bands can either stick to their guns and find their niche or, like Kings of Leon, completely revamp their sound to appeal to the masses.

A few bands have combined a retro sound with exceptional songwriting, making themselves palatable to the public ear. HAIM has been able to do this over the last few years, managing an understated sound where their influences can’t always be directly nailed down. Now, The Preatures, a band making major waves in Australia, have crashed on the shores of the US with the same kind of uptempo nostalgia that sounds as comfortable as ’80s new wave, fresh as 2014, and warm as everything in between. Their debut full-length, Blue Planet Eyes, strikes an unabashed rock expansiveness in the face of a world worried about either nailing emotive self-awareness or silly post-irony irony.

The Australian five-piece’s new album is tight as a snare drum, never showing even hints of filler. “Somebody’s Talking” starts with a Culture Club meets The Pretenders bouncing instrumental that could easily fit over any John Hughes montage. Once the pre-chorus hits, a deep synth, similar to the one in “Take My Breath Away”, rolls in like a fog machine under frontwoman Isabella Manfredi’s assured and engaging vocals.

Manfredi is a pure vocal talent. Her voice never seems put on or out of place. Never overpowering the rest of the band, she molds it to its surroundings like another instrument in the mix — breathy in parts and powerful in others. On lead single “Is This How You Feel?”, her control is on full display. She starts with an assured coyness before dueting beautifully with guitarist Gideon Bensen. She could easily draw comparisons to Feist, with Bensen playing her Kevin Drew.

Bensen and fellow guitarist Jack Moffitt play off each other with an almost psychic virtuosity. When one is driving with crunchy chords and syncopated rhythms, the other layers in exploratory lines that weave in and out. The rhythm section, comprising bassist Thomas Champion and drummer Luke Davison, keeps everything from flying off into pure ELO territory. The darker ’90s house track “Rock and Roll Rave” could have easily gotten lost inside itself with its rising and falling synths and affected guitars. But Champion and Davison lock in and never falter, rooting the pulse in the earth even when the vocals and guitars start to spin off into the ether near the end.

A key reason that these songs are so tight is the production. Spoon drummer Jim Eno does a remarkable job not only keeping everything restrained or explosive as needed, but also hugging that line of timelessness. Songs like “Rock and Roll Rave” sound like Massive Attack, but then the next track, “Cruel”, moves into a brighter Broken Social Scene vibe. The control Eno exhibits in his production — guitars swirling from channel to channel, Manfredi’s echoed voice, and the always solid drum backbeat — saves the album from turning into an overambitious arena disaster.

With Blue Planet Eyes, The Preatures have hit that middle ground that makes an album feel timeless. They have unrelenting songs that bounce and drive, but then tracks like “Two Toned Melody” and the beautiful closer “Business Yeah” leave room for reflection, the core theme of heartbreak revealing itself. The record blows by in just 34 minutes, but it’s an ideal length. Had the band dwelled on these songs any longer, they may not have been so effective. The lynchpin to their success is keeping themselves contained. The album’s layers force listen after listen, and keep The Preatures from being tossed into the mass grave of throwback bands that never made it.

Essential Tracks: “Business Yeah”, “Is This How You Feel?”, and “Rock and Roll Rave”