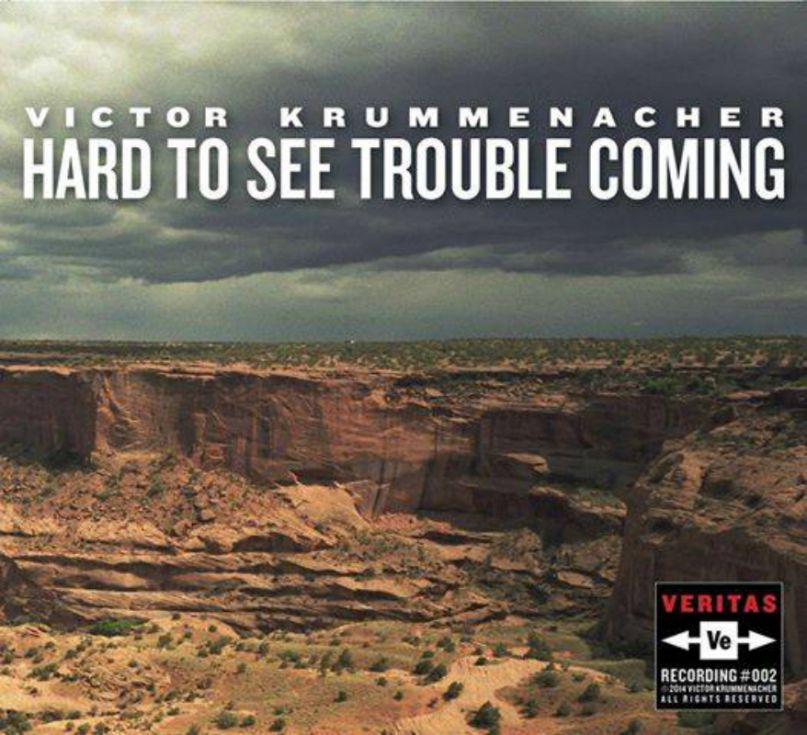 College rock legends Camper Van Beethoven have been prolific over the past two years, releasing two albums and embarking on an extensive tour. How co-founder and bassist Victor Krummenacher was able to find time to record his ninth solo album during all of this is both perplexing and impressive. Teaming up with producer and pedal steel guitarist Bruce Kaplan (American Music Club), Krummenacher is ditching the jangle-pop of his main band for the emotional loftiness of country twang. The final brooding product, Hard To See Trouble Coming, is out January 6th via Veritas Records.

The album’s title is a reference to a radio interview with The Band’s Levon Helm, in which he described keyboardist Richard Manuel’s suicide with the phrase, “It’s hard to see trouble coming.” Appropriately, the album’s title track and lead single is bleak and foreboding. Krummenacher’s voice bellows over plunking acoustic guitar riffs, drums rumbling ominously in the background. Every bend of the steel guitar strings feels like a desperate call from a distant desert highway. It’s a darker side of the indie rock veteran, reveling in the solemnity of his new genre of choice.