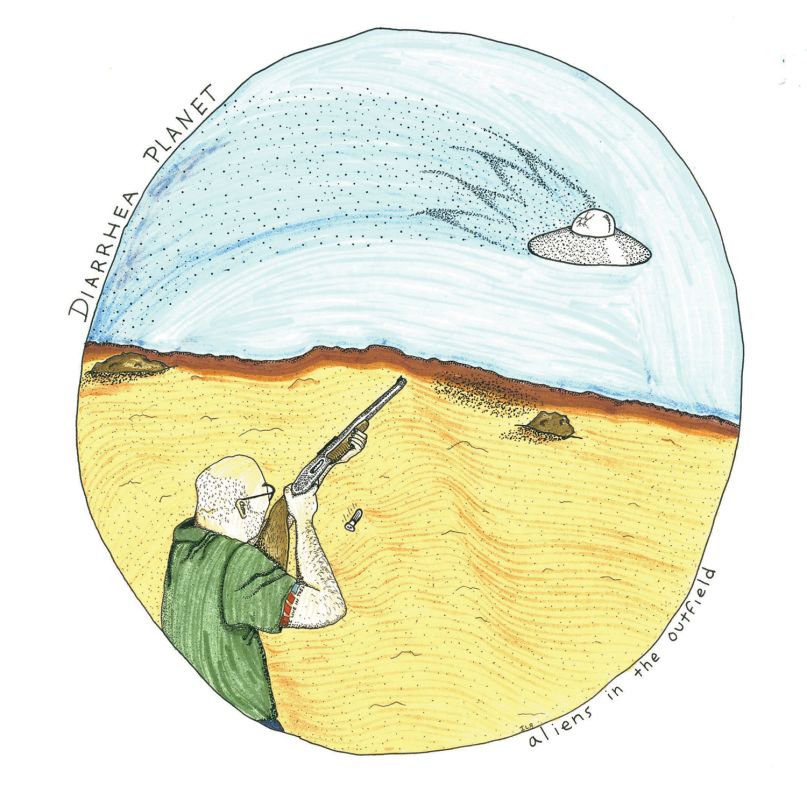 Between the Pete & Pete-themed video for “Platinum Girls” and the pop-rock scorcher that is “Heat Wave”, Nashville’s Diarrhea Planet have been reliving the ’90s something fierce as of late. Even the title of their upcoming EP, Aliens In The Outfield, alludes to the era of Surge soda and slap bracelets. Today, the band continues its trip down memory lane by previewing the EP’s third track, “Bamboo Curtain”.

Drummer Casey Weissbuch assumes lead vocals for this voluminous number, his voice permeating a slightly more visceral quality. Opening with a grimy guitar line, things clean up quickly after Weissbuch’s unaffected vocals slide in. The sharp guitar lines and repeating backing vocals all recall Pinkerton era Weezer, totally accessible while still sounding brash and brazen. Despite all the bright hooks, we’re given some glimpses into Weissbuch’s dark, private moments with bizarre lines like, “Staring in the mirror/ Playing with myself/ Turning on the water”.

The Aliens in the Outfield EP hits shelves on November 18th via Infinity Cat Recordings.