Dreams do come true: Run the Jewels have successfully funded “Meow the Jewels” 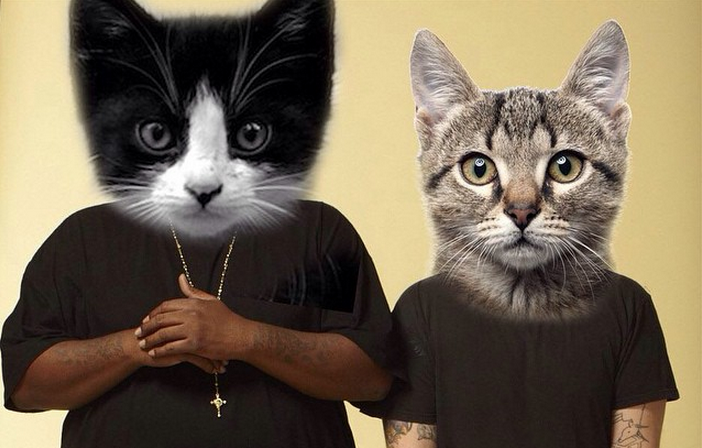 Dust off those old “Mission Accomplished” banners, because Run the Jewels (El-P and Killer Mike) have surpassed the funding goal for the “Meow the Jewels” remix album. God Bless the Internet, and God Bless America.

El-P revealed the news earlier today via Instagram, with a screengrab of the current pledge amount ($46,530 out of the original $42,000 goal) alongside the caption, “WE DID IT, YOU CRAZY MOTHERFUCKERS.” The campaign has another 12 days remaining, and according to the Kickstarter page, any additional profit will go to benefiting the families of Eric Garner and Mike Brown.

In case you’ve been absent from the Internet, or you just arbitrarily give money to anything on the Internet involving cats, “Meow the Jewels” will see the duo rework the entirety of their upcoming sophomore album, RTJ2, entirely with cat sounds. As promised, the project will include a number of A-list producers and guest stars, including Portishead’s Geoff Barrow, Just Blaze, Zola Jesus, Dan the Automator, the Alchemist, Baauer, Prince Paul, Boots (who is also featured on the regular album), Nick Hook, Skywlkr, and Solidified Sun. At least one person donated $2,000, potentially guaranteeing them the right to produce the album’s 12th track.

RTJ2 is due out October 28th via Mass Appeal. As of publication, there’s no word yet on a timetable for “Meow the Jewels”. In the meantime, enjoy El-P’s celebratory post below.

In related news, Run the Jewels have shared a mini-documentary chronicling the recording sessions for RTJ2. The six-minute In The Woods showcases the duo’s collaborative process, their role as friends-first-collaborators-second, the nuances of their songwriting, and their shared love of weed and Sharkeisha. Watch it below.