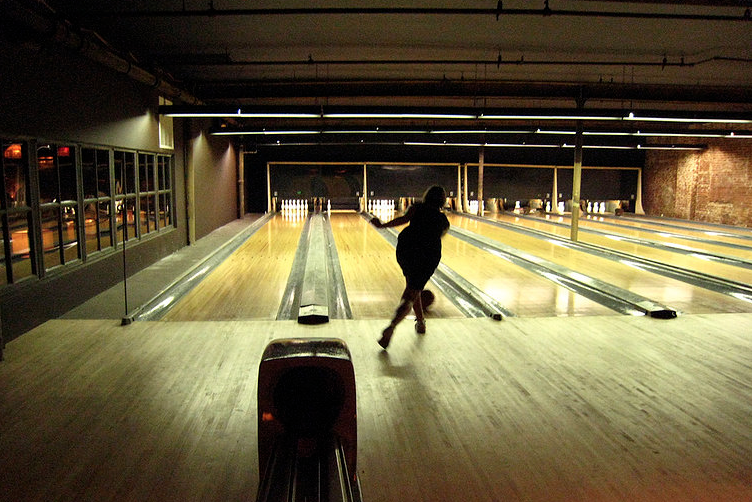 Update #2: Officials at CMJ have released a statement (via Billboard): “We have been diligently following the news on Ebola and will continue to be proactive of the situation and circumstances. At this time CMJ will continue on as scheduled and if anything should change we will act accordingly.”

A Brooklyn bowling alley that moonlights as a music venue was visited last night by a New York City man who has since tested positive for Ebola, according to The New York Times.

Dr. Craig Spencer recently returned from an extended stay in the West African country of Guinea. On Wednesday night, he reportedly went bowling at The Gutter in Williamsburg. Just hours later, he was rushed to Manhattan’s Bellevue Hospital suffering from a high fever and nausea.

As BrooklynVegan points out, The Gutter is currently shut down “due to unforeseen circumstances,” canceling a CMJ Music Marathon showcase scheduled for this evening. The Times reports that health workers will inspect the venue tomorrow.

It’s worth noting that Ebola is not an airborne illness and is only transmittable by people who are already showing symptoms. According to reports, Spencer did not fall ill until Thursday morning.

Update – 9:45 p.m.: Spencer only attended The Gutter, and not Brooklyn Bowl, contrary to earlier reports. Questlove — who is set to DJ at Brooklyn Bowl this evening — took to Instagram to address panicking citizens of New York City:

Don't believe the hype. We are open. #BowlTrain bowling alley mentioned was another alley not @BrooklynBowl. (Side note on the real we should stop the mindless panic and pray for the brother's recovery and health, we can do better than ignint comments NYC)