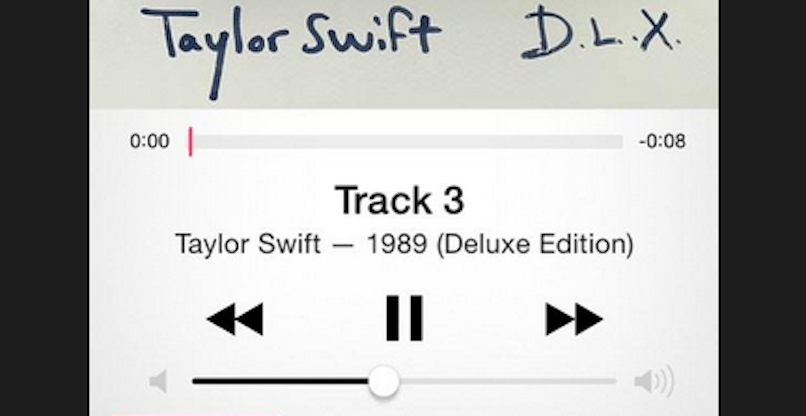 Taylor Swift released her new single “Welcome to New York” yesterday. Unfortunately, it failed to hit No. 1 on the Canadian iTunes sales chart because it was beaten out by another Swift ditty: eight seconds of white noise.

What The Independent is calling a “glitch” in the iTunes system led to the digital retailer offering fans an eight second “song” called “Track 3” attributed to Swift’s forthcoming album, the highly-anticipated 1989. Fans hungry for the pop star’s latest offering and fully aware she was set to drop a new single quickly clicked the buy button without a second thought.  Ultimately, enough people laid down $1.29 CAD to send “Track 3” straight to the top of the charts.

Neither Swift nor Apple have commented on the non-song’s chart-topping success, but lesson learned, Canadian kiddies: Always sample before you buy.

Of course, once they clicked play, they were treated to nothing but static. Because obviously it was her fault, they immediately asked Swift what the deal was.

Tldr; Taylor Swift could record herself making arm fart noises and clucking like a chicken, and she’d probably have a hit record.