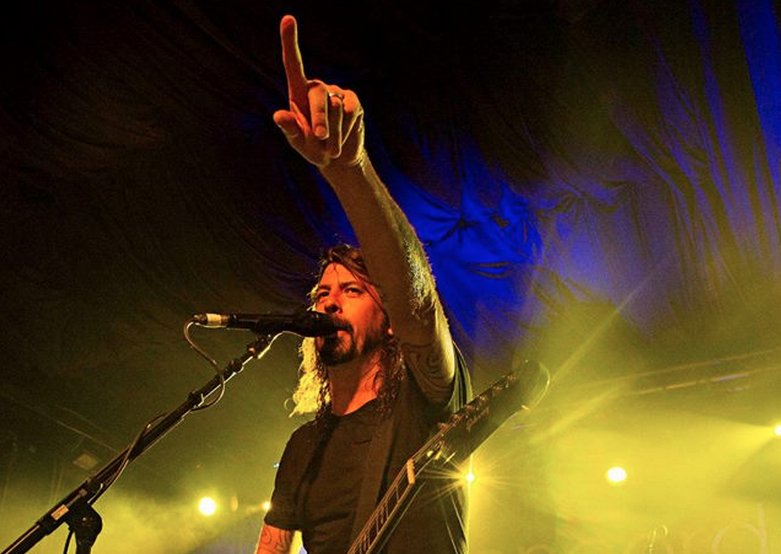 Brookfield, Connecticut music venue The Room has made a public appeal to Foo Fighters to come play its stage next week. The all-ages DIY venue, co-founded by Vern Nickerson five years ago, is “falling farther behind on the rent and other bills,” which Nickerson attributes to a lack of public awareness. He believes Dave Grohl and co. could change that.

In an open letter published to the venue’s website, Nickerson invited Foo Fighters to make an excursion north to Brookfield as part of their week-long stint in New York City next week (the band is set to serve as musical guests on the Late Show with David Letterman).

“For a moment, imagine what Foo Fighters in Brookfield could do to a place like The Room,” Nickerson writes. “You could do for the Room what The Ramones and Blondie did for CBGB’s or What Mötley Crüe or Alice Cooper did for the Wiskey. Come because you remember what it was like to be 15 and in a band trying to find a decent gig. Because along the way there have been people who’ve given you a chance. Come because your first band had a home at some local club, Or because it didn’t, and you wish a place like ours had been in your scene.”

He adds, “Please help us save The Room from becoming the next casualty. The music scene and the kids it serves need a place like The Room. We very much want to be here.”

Seeing as Foo Fighters just recently played a crowdfunded show in Richmond, Virginia, and have long been champions of smaller clubs like Washington, DC’s 9:30 Club, it wouldn’t be much of a stretch to envision the band taking Nickerson up on his offer. With Foo’s due in NYC next week, we’ll find out soon enough.

Below, watch Foo Fighters’ video for “My Hero”, because.