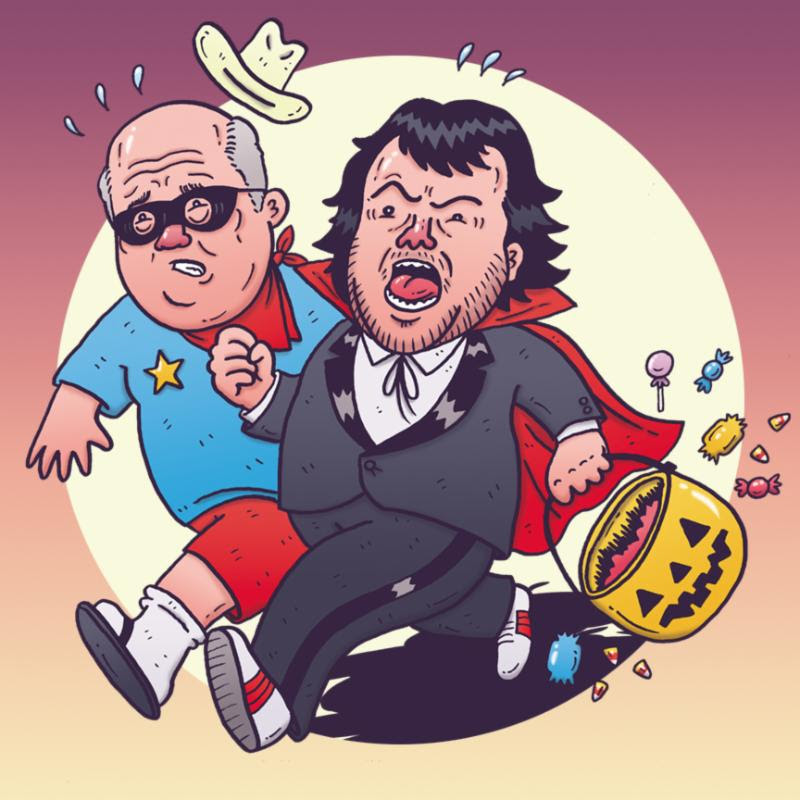 Festival Supreme – the massive music and comedy festival curated by Tenacious D – returned to Los Angeles with a Halloween-themed vengeance this Saturday, effectively wiping the slate clean from last year’s first-year problems with a new venue, The Shrine Auditorium. Bathrooms were plentiful, the movement between stages was a breeze, and the stand-ups – last year relegated to a side-room that wasn’t nearly large enough for the draw – were featured in the venue’s thankfully air-conditioned main hall, giving everyone who performed there (on what they called the Phantom Stage) the feeling of being a theater-sized headliner. Highlights? Yeah, we’ve got those.