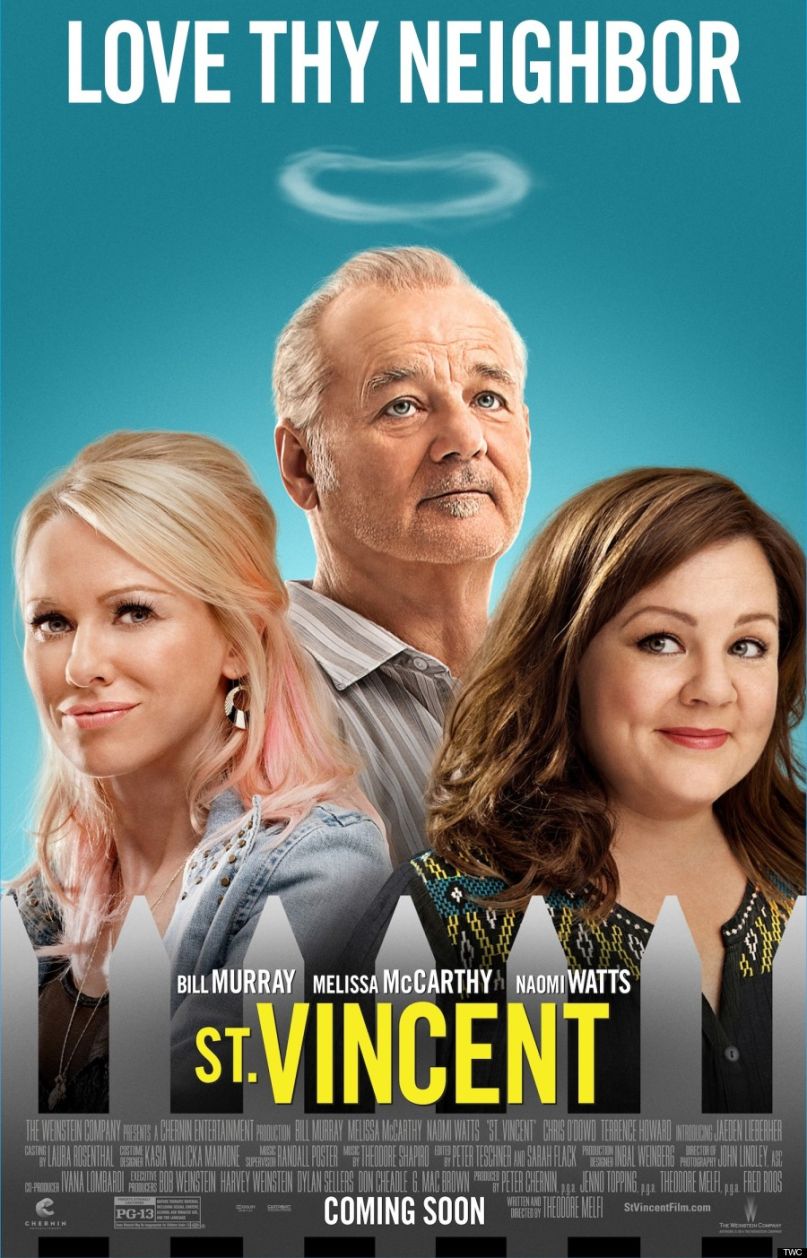 By the time writer and director Theodore Melfi’s name rounds out the opening credits of St. Vincent, audiences are given everything they need to know about the film’s titular character. He’s a sixty-something grump, who sleeps with a Russian prostitute, drives around in an ancient convertible, wears saggy cargo shorts, owns a cat that looks like Wilford Brimley, and dances alone at night next to a jukebox in a legitimate Brooklyn dive bar. It’s a serviceable setup for a serviceable film and essentially the one facet its promotional campaign has been gambling on: “Come see the old, funny Bill Murray.”

But that’s not all you get. Rest assured, Murray’s old, funny, and just as quirky as the Internet wants him to be, but this time around, his soul is bitter and haunted with legitimate problems — the sort that can’t be resolved with deep gazes, late-night karaoke, or smarmy humor. This cynical demeanor goes toe to toe with the film’s precious sentimentality that echoes the chummy, feel-good charisma of, say, Frank Capra, Cameron Crowe, or James L. Brooks. And while all those rays of sunshine might turn off fans looking to see a Murray-led Bad Santa, it’s arguably a riskier move in the end.

St. Vincent works off the ancient tale of an old man (Murray) teaching a young boy (Jaeden Lieberher) life lessons and vice versa. It’s a story that’s mutated into everything from The Karate Kid, to Scent of a Woman, to any film starring Walter Matthau. What elevates Melfi’s full-length debut from the rest of the muck, however, is a collection of strong performances, specifically from Murray and newcomer Lieberher. The two suit each other well; Murray spits insults from behind cigarettes and glasses of alcohol, while Lieberher charms with curiosity and intelligence, never becoming the precocious child that Hollywood tends to oversell.

(Read: The State of Bill Murray: A Roundtable Discussion)

The two eat up most of the screen, but they’re hardly alone. A dialed-down performance by McCarthy is a welcome surprise as she proves once again she’s worth far more than her weekly laughs on the idiotic Mike & Molly. Meanwhile, Naomi Watts delivers a rare, if not slightly awkward, performance as a pregnant Russian stripper — a “lady of the night,” if you will — that’s histrionic without being altogether insulting. What’s good is that everyone has their own struggles; what’s bad is that they’re all carried out in a way that’s clean, predictable, and somewhat episodic.

What elevates the tawdry source material is the casual bond between Murray and Lieberher. It’s Melfi who immediately drops us off on the front steps of Vincent’s disastrous life, but it’s Lieberher’s Oliver who knocks on the door, steps inside, and digs deeper into what’s really keeping the old man alive. He pokes and prods at Vincent’s affairs in a natural and organic manner, allowing Murray to shine with his acerbic wit. Yet that boyhood wonder is what warrants most of the film’s heartwarming sentimentality, which could easily be construed as paint-by-numbers Oscar bait, what with an Alzheimer’s-flavored love story, a physical therapy arc, and, yes, a school pageant finale.

You know what, though? It’s a blessing in disguise that Melfi opted out of the traditional morose indie drama. The move ultimately shatters the film’s red carpet dreams — though, the jury’s still out on Murray — but it makes for a better film. After all, that mopey genre has become bastardized and trite today, almost to the point that it’s now somewhat predictable to have a soggy outlook in an effort for realism.

No, watching Murray putz around in a world where danger and happy endings co-exist is a breath of fresh air, albeit familiar but refreshing nonetheless. And somehow, it never comes across as pandering. Sure, there will be those shaking their heads in disgust, others might even consider it a betrayal of sorts, but some might actually enjoy “the feels.” It’s a weird sensation for today’s cynical populace, but one worth rejoicing over.

So, amen to that.