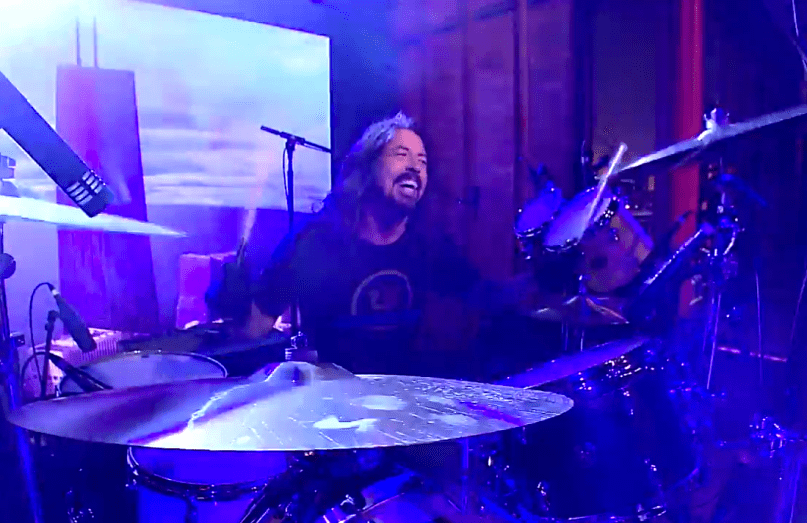 Night four of of Foo Fighters’ week-long residency on Late Show with David Letterman brought another exciting all-star collaboration. This go-around, Dave Grohl and Taylor Hawkins swapped places, with Dave drumming away on the kit and Taylor handling lead vocals. They were joined on guitar by Cheap Trick’s Rick Nielsen and, together, delivered a ravaging performance of the Cheap Trick classic, “Stiff Competition”.

The band also participated in another quirky comedy skit involving one of Letterman’s writers, Joe Grossman. Replay both the performance and skit below.

Nielsen appears on Foo Fighter’s new album, Sonic Highways, as well as the HBO series of the same name, which premieres Friday night. That’s the the reason why Grohl and the gang have been so present on Late Show this week, having previously performed “Kick It Out” with Heart, covered Black Sabbath’s “War Pigs” with Zac Brown, delivered “Polk Salad Annie” with Tony Joe White, and made Letterman teary-eyed all by themselves with “Miracle”.