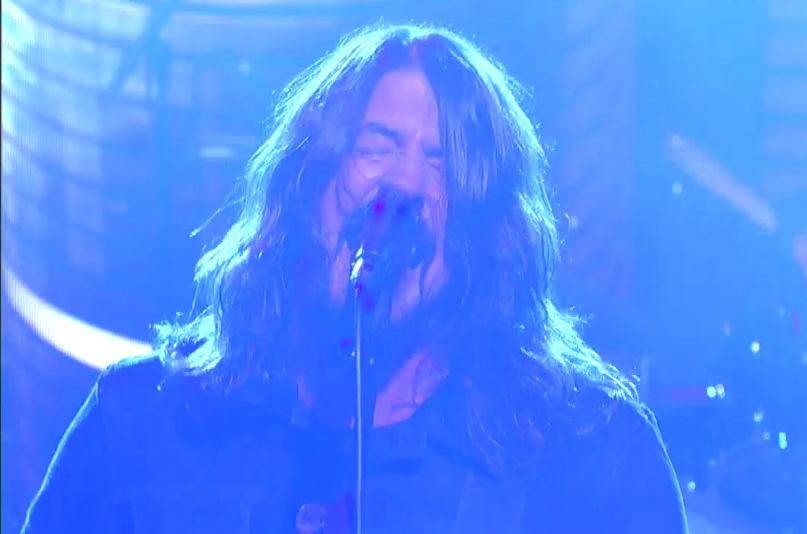 In support of their highly-anticipated album, Sonic Highways, and accompanying HBO mini-series of the same name, Foo Fighters will serve as the musical guest every night this week on the Late Show with David Letterman.

Dave Grohl & co. kicked off their five-night residency with a fiery performance of Black Sabbath’s “War Pigs”, which featured a cameo from country rocker Zac Brown. (If you’re wondering the connection, the Foos recorded part of Sonic Highways in Zac Brown Band’s Southern Ground Studios in Nashville and Grohl recently produced their EP, The Grohl Sessions, Vol. 1.) Replay the performance below.

Grohl also sat down with Letterman to discuss the creation of Sonic Highways (turns out Letterman had quite a bit of involvement in the project). Grohl also talked about his kids and their listening habits.