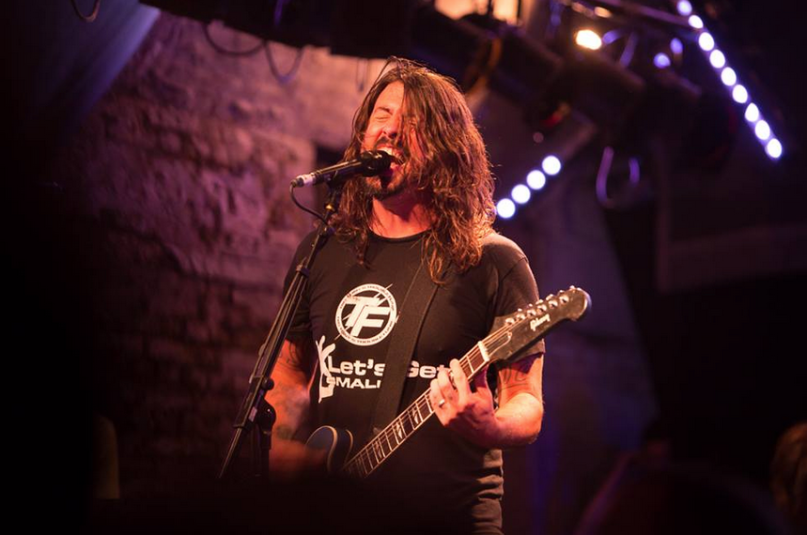 Foo Fighters closed out Las Vegas’ Life is Beautiful Festival last night with a setlist chock full of greatest hits, covers, and material off their forthcoming solo album, Sonic Highways. While many of the songs played have been mainstays on the band’s setlists, Dave Grohl and co. put a unique twist on “Big Me” with an acoustic ballad version. The special performance came in dedication to a 70-year-old woman named Carter, who was in attendance. Watch fan-shot video below.