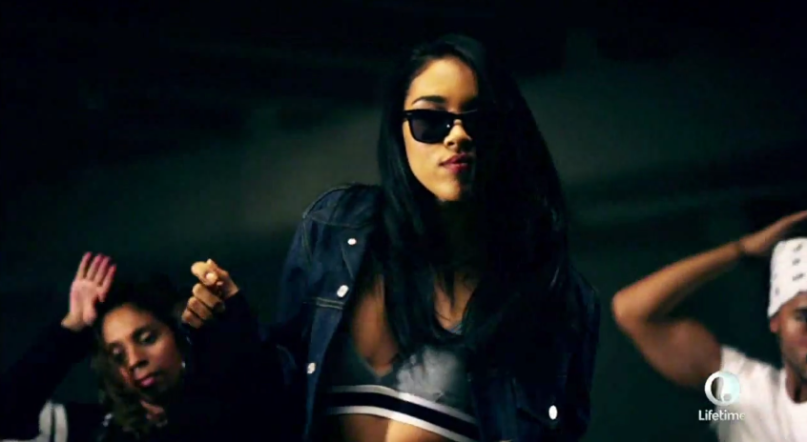 Lifetime’s controversial biopic about the late R&B star Aaliyah hit a few road bumps. After the singer’s family spoke out and refused to grant its approval, the film’s star, Zendaya Coleman, announced her departure. But the cable network weathered the storm, tapped Nickelodeon starlet Alexandra Shipp for the lead role, and is now set to premiere Aaliyah: The Princess of R&B on November 15th at 8 p.m. EST.

In anticipation, Lifetime today released the first trailer for the film, which you can watch below. Though demonstrating that Shipp can imitate some of the great Aaliyah’s dance moves and her midriff-baring style, it does nothing to showcase any attempt at singing on her part. (Coleman was set to record four songs for the production.) With Aaliyah’s estate blocking them at every turn, Lifetime likely couldn’t nab rights to any of her music for the trailer. Instead they went with Iggy Azalea’s “Goddess”… because of course.

Watch the teaser trailer below.