by Alex Young and Chris Coplan 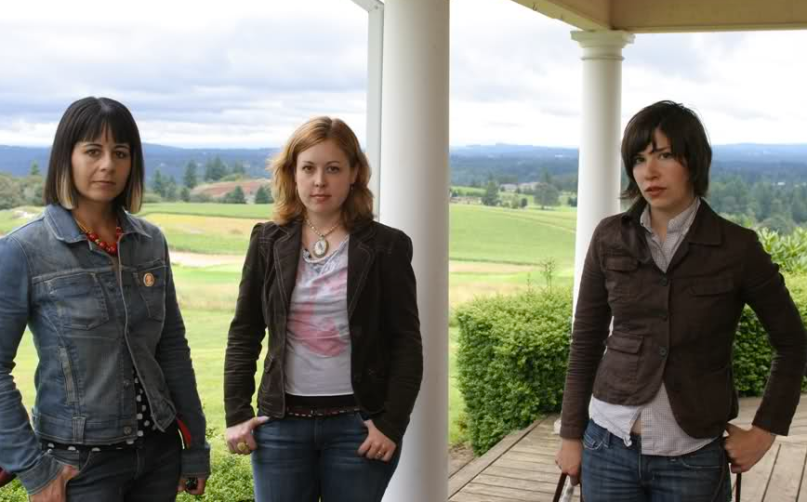 Sleater-Kinney unexpectedly released their first new song in nine years, “Bury Our Friends”, on a 7-inch single included in their new vinyl anthology. A full audio rip of the track has since made its way online and you can listen to it below.

When we least heard the band, they had taken a distinct turn toward classic rock with 2005’s The Woods. With “Bury Our Friends”, any of those bombastic, slightly indulgent tendencies have been stripped in favor of a straightforward blend of indie-rock-with-a-side-of-sneering-punk, an infectious three-minute blast of angsty harmonies, subtle bass grooves, and bar rock guitars. “We’re sick with worry,” Corin Tucker growls, unveiling a sea of adult-sized regret and uncertainty under all that hip and eager rock ‘n’ roll.