Meow the Jewels to feature tracks from Portishead’s Geoff Barrow, Dan the Automator, and Zola Jesus 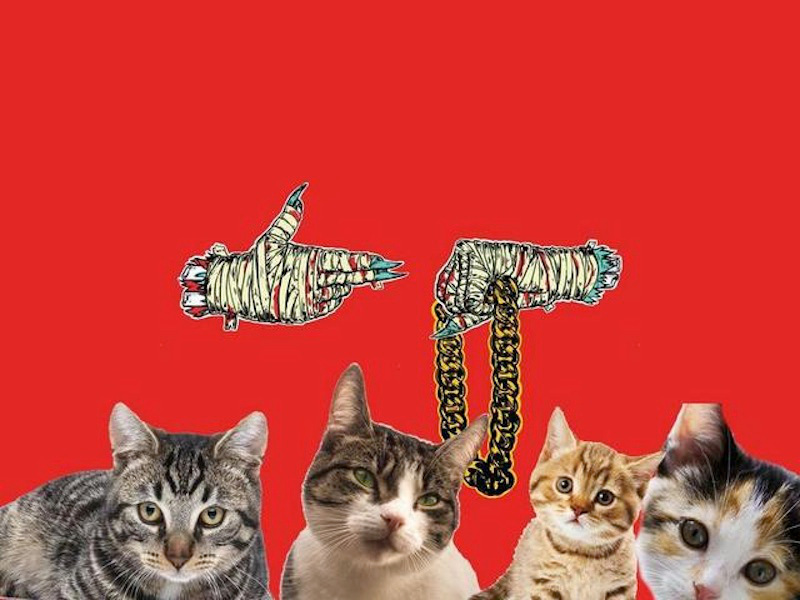 Last month, a Kickstarter was launched to purchase the “Meow the Jewels” package Run the Jewels (El-P and Killer Mike) are offering for their upcoming sophomore album, RTJ2. The $40,000 package is really a promise from El-P that he’d re-record the entire album using nothing but cat sounds. He initially said he’d follow through on the promise (and donate the money to charity) should the Kickstarter actually get funded, and now that they’ve raised over $26,000 of the $45,100 goal, he’s announced an all-star lineup of artists who have agreed to produce tracks for Meow the Jewels.

Portishead’s Geoff Barrow, Just Blaze, Zola Jesus, Dan the Automator, the Alchemist, Baauer, Prince Paul, Boots (who is also featured on the regular album), Nick Hook, Skywlkr, and Solidified Sun have all agreed to contribute to the record. The announcements came through a series of tweets, with El-P himself confirming the final lineup in an Instagram post:

Including the RTJ member himself, that makes for a total of 12 potential producers, though RJT2 only has 11 tracks. There was also one individual who pledged $2,000, which would have earned them a chance to produce one of the album tracks. There’s no word on whether this was one of the announced participants, or if this person will even get the opportunity. (The Kickstarter was not started by El-P or with his initial consent, so technically he wouldn’t have to go through with any promises the fundraiser made.)

With 19 days to go, almost half the money has been raised. Hopefully this stacked list of contributors will be enough to push it over the limit, and we’ll get to hear songs like “Oh My Darling Don’t Cry” with a bunch of meows as the back beat. Head here to pledge.

Previous Story
New book compiles every Bob Dylan lyric, weighs in at 14 pounds, and will only cost you $5,000
Next Story
South Park reveals the true identity of Lorde, and teaches an important life lesson in the process
Popular
More Stories
[fu-upload-form form_layout="media" title="Submit Your Photo"][input type="hidden" name="ugc" value="1"][/fu-upload-form]