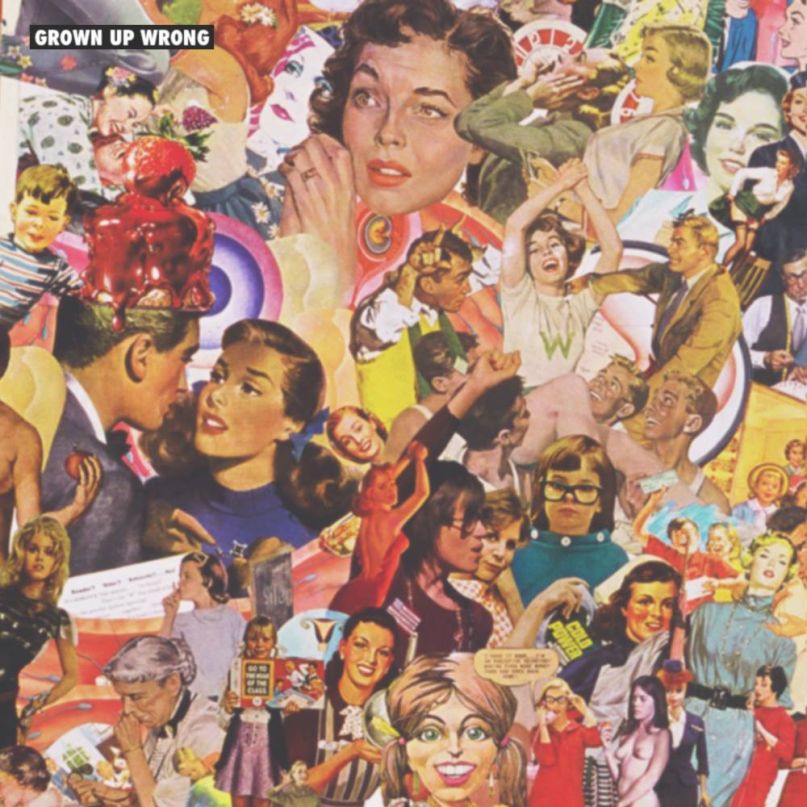 When Consequence of Sound spoke with Native America as part of our #AreaCode series, frontman Ross Farbe mentioned being inspired by the classic R&B that permeated from the band’s hometown of New Orleans. Beginning with a base of fuzzy power pop, Native America infused the attitude and solid grooves of acts like the Dixie Cups and James Booker into three raucous EPs and a full-length album. They’re taking those influences even further with the release of their sophomore album, Grown Up Wrong, due out November 18th via Inflated Records.

The album’s latest single, “Digital Lobotomy”, is a reworked track that originally appeared on last summer’s Bad Weed / But Still Seed EP. Opening on a jangly guitar line, everything quickly becomes enveloped in a rush blaring fuzz. Farbe’s vocals are mostly indiscernible, aside from a brief but extra soulful interlude that has him belting deeply sentimental lines like, “It’s you I turn to whenever I get lost.” It’s a distortion-heavy freak-out that demands a few listens in order to catch all of the subtle nuances and deep well of emotionality.

In support of the album, Native America will be on tour starting later this month. Consult the full schedule below.