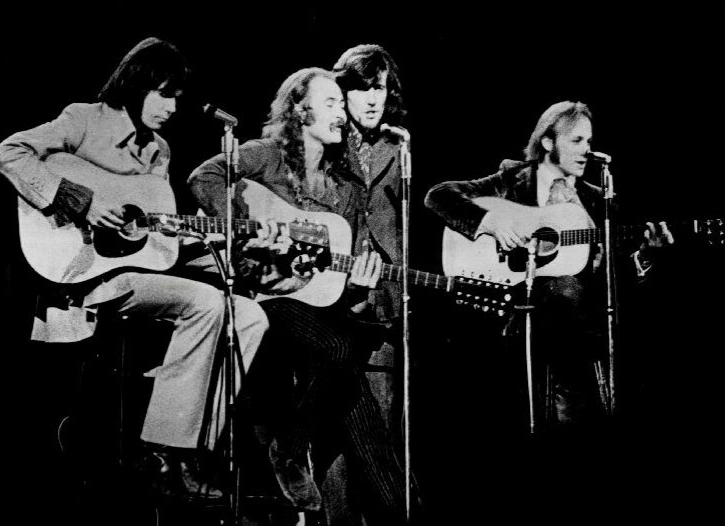 If you were hoping to see Crosby, Stills, Nash & Young live anytime soon, Neil Young’s got some bad news for you: The folk supergroup are never touring again. The iconic singer-songwriter broke the news during a show at Philadelphia’s Academy of Music Wednesday night.

As Jambase points out, the subject of CSNY came up when Young picked up a guitar during his set, telling the crowd that it was “given to me by my good friend Stephen Stills.” He responded to an audience member’s comment, presumably about Stills and the group, by saying, “CSNY will never tour again, ever … but I love those guys.”

Update: Crosby has responded to Young’s comments on Twitter. He wrote, “I hear Neil said ‘there will never be any more CSNY shows.’ That’s like saying there are mountains in Tibet … we know Neil, we already knew.” When asked by a fan the reason for Young’s proclamation, Crosby responded, “He is very angry with me…”

CSNY last reunited at the 2013 installment of the Bridge School Benefit concert in California. Their last actual tour, however, came in 2006-2007. Meanwhile, the three-piece of Crosby, Stills & Nash have been on the road for the last several months.

In related news, Young will return with his 35th studio album, Storytone, on November 4th.