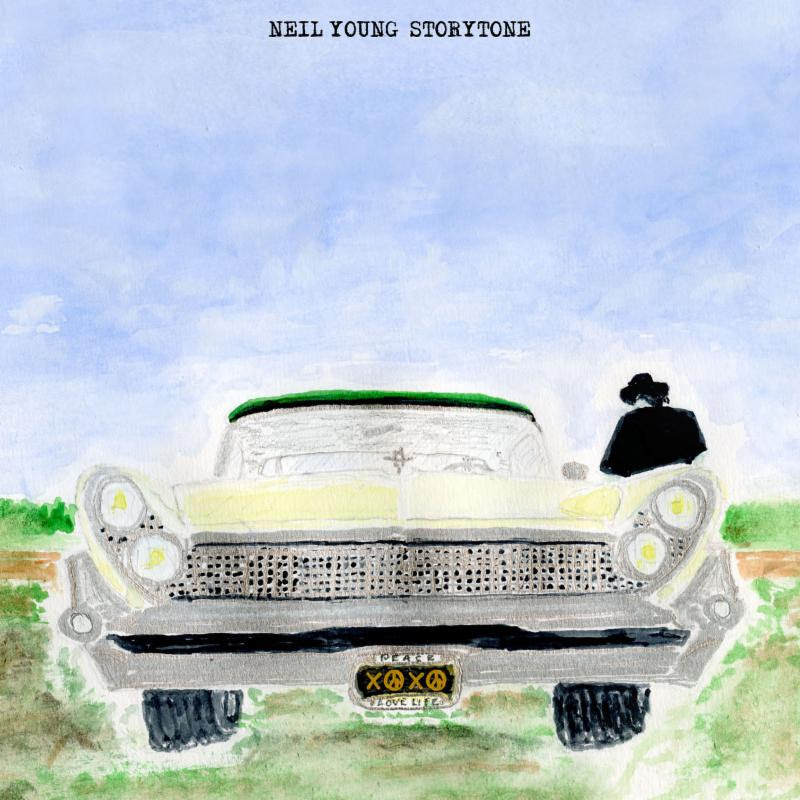 Neil Young has divulged more details of his upcoming studio album, Storytone. The legendary songwriter’s 35th album to date will arrive on November 4th through Reprise Records. The album’s artwork is above, and the 10-song tracklist is below.

As our Chris Coplan noted upon the album’s initial announcement, Storytone serves as the aesthetic counterpart to Young’s other 2014 release: Whereas A Letter Home was recorded in lo-fi (using Jack White’s Voice-O-Graph booth), the forthcoming LP sees Young performing alongside a 92-piece orchestra and choir.

Storytone will also be available as a two-disc deluxe edition featuring solo recordings of all 10 album tracks. A vinyl version will be out on December 16th.

Below, you can preview the release by listening to “Who’s Gonna Stand Up”.

Additionally, Young has announced a few tour dates behind the release, including stops in Boston and Philadelphia. He’ll also appear at his annual Bridge School Benefit.