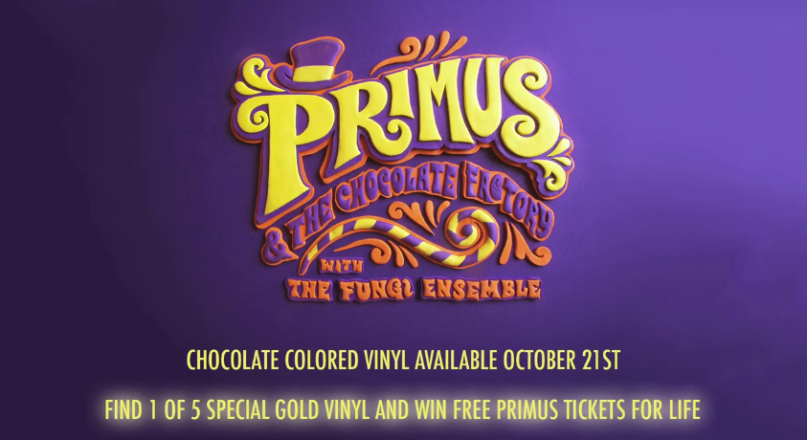 Fans are already searching drainage grates for extra coin so they can buy Primus’ Willy Wonka covers album Primus and the Chocolate Factory With the Fungi Ensemble. Now, the band has made the October 21st release even more enticing by announcing their latest homage to the classic 1971 film: golden tickets hidden inside five chocolate-colored vinyl records.

Just as Wonka’s golden tickets gave a lucky few the treat of a lifetime, those who find Primus’ gold will receive free concert tickets for life. Yes, if you slide out that vinyl sleeve and out comes a glint of shiny paper, you too could bring life to your bed-ridden grandpa. (If he happens to be a Primus fan, that is. Also, no promise tickets for life would get him out of bed.)

Primus and the Chocolate Factory is due October 21st from ATO Records, though it’s streaming online now. Below, watch footage of the vinyl being pressed and packaged, shot similarly to the film’s opening credits, while Primus’ version of “Golden Ticket” plays on.