On his band's modest origins, its growth into a full-bodied live act, and why drums kick ass. 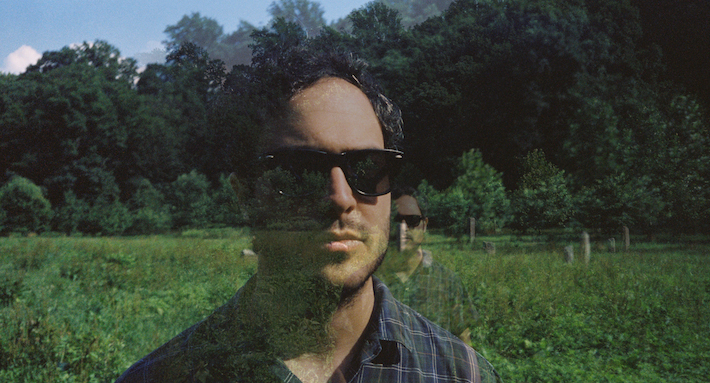 By his own admission, Mike Polizze didn’t start Purling Hiss with any grand scheme in mind. Armed with little more than a bevy of loud ideas and a four-track recorder, early Purling Hiss records were the definition of an experiment, so much so that Polizze wasn’t even sure if he wanted to release them beyond the confines of his bedroom.

But here we are, just four short years later, and Purling Hiss has evolved into a live band in the truest sense. Rounded out by Polizze’s longtime Birds of Maya bandmate Ben Leaphart on drums and Kiel Everett on bass, the trio have brought Polizze’s squalor-driven musical vision brilliantly to life. Weirdon, the band’s latest album and second for Drag City, finds Purling Hiss cleaning up its act just enough to let a little added pop sensibility bleed through the porous white noise, but it’s still got Polizze’s flare for giant guitar licks smeared all over it.

Prior to the band’s quick US jaunt alongside J. Mascis, Consequence of Sound caught up with Polizze to talk about the band’s modest origins, its growth into a full-bodied live act, why drums kick ass, and the delicate balance between pushing his band forward without compromising its edge.

Purling Hiss started without any real expectation to even release music. It was very casual, right?

Yeah. The trajectory is sort of funny. I knew I wanted to be in a band one day. I knew I wanted to do that. I’m always creating, and I just wanted some way to document what I was doing. Otherwise, you forget a lot of your ideas a lot of the time. I spent so many years as a teenager just filling up the memory bank and remembering a lot of stuff, but after a while you have to jot it all down. But yeah, in the beginning there was no expectation for anything. It was just documenting ideas. Eventually, I applied a certain aesthetic to it. I gave it a name. We called it Purling Hiss because of, you know, white noise. It was a noisy project to start with. Then I came up with some artwork, passed out some CD-Rs, and got them out to WFMU and different radio stations.

Was this around the time Permanent Records got a hold of your stuff?

It was, yeah. It got in their hands somehow, and that was kind of it. Once I did that, Hissteria and Public Service Announcement happened. Also, right before that happened, I got asked by Kurt Vile to take it on the road. It all kind of happened quick, you know?

Weirdon sounds like you guys have really honed your craft as a working band as opposed to a project. Has your approach to writing or recording changed with that shift?

A lot of things are still the same. Last year, we got home from tour, and I spent the summer demoing and recording by myself in my basement. Some of those demos are similar to the old records because they’re rough. A lot of them are first takes. They’re not really refined. But I think the line gets drawn somewhere. With the early records, the end results were recordings that I did by myself. The last two records we did with Drag City in the studio. You take it through a couple different filters, then you take it to the band, they refine it, and then you take it to a proper studio. You can just hear the difference.

But I also left a little bit of wiggle room. I don’t like it when things are too refined. My execution, personally, has always been a little sloppy. I think craftsmanship can go in a couple different ways. You can be an idea person with great vision, but the aesthetics are sloppy, or you can be someone who has really precise execution but really poor ideas. I’m sloppy, but I definitely embrace that. I try to make that work. But this record is way less sloppy than the old stuff.

Definitely.That big guitar sound is still there, but it’s more focused, or at leased reined in a bit.

I know what you mean. I still think the record is sort of mixed in that classic way. A lot of records that are made outside of the musical world we’re talking about, like radio band stuff, the guitars drown out every other instrument. You know what I mean?

There’s a lack of balance.

Yeah, it’s everywhere. You listen to any shitty band that’s on mainstream radio, and you can hear it. The drums, for instance, have so much potential to take up sonic space if people let them. They’re just such powerful instruments. But on a lot of songs, the acoustic guitar comes in, and everything else around it just disappears. Getting back to that big guitar sound, I tried to find ways around that on this record. I wanted to give it more of a classic rock mix. Jason [Meagher], the guy we recorded with at Black Dirt, he’s just dialed in, man. He and I were just on point together.

When you say “find a way around it,” what did you do different this time out?

The guitars are still way up front, but I orchestrated the record into two guitar parts. There’s a left and a right. I separated the guitars a little bit more. Instead of having just one big, beefy guitar, I took the bass down a little on each guitar and made it treblier. Is that a word? (laughs)

I know what you’re saying.

Whatever the word is. We used a little more treble. We used two evenly distributed guitars that make up that big sound. I guess it worked out to become more refined, and maybe that’s because of how I played on the record, too. It’s not totally flying off the handle. It’s a bit controlled. But I also let loose on a couple of songs, like “Another Silvermoon” and “Reptili-A-Genda”. I wanted a mix.

How has collaborating influenced you as a songwriter? I would think it would open you up creatively to have two other guys to bounce ideas off of. Does it take you out of your creative shell a bit?

Totally. There’s always changes, you know with bandmates and stuff, so I’ve only just started to feel that way very recently. It still starts off with me as the songwriter demoing and stuff, but I’m always open to collaborating. If we’re jamming and it goes places, I’m not gonna fight it. When something in the practice space evolves into something different, that’s awesome.

It’s interesting because you used to fight that kind of spontaneity. You’ve mentioned before that you used to be very committed to your ideas and were reluctant to break from them.

Yeah. Like I said, things change. Those were different ideas that came together in a different time. But when we were recording, we left enough space open for other things to happen. For instance, Ben [Leapheart], our drummer, I’ve been playing with him the longest. We’ve been playing together for 10 years with Birds of Maya and other stuff. I’m just so used to playing with him. He’s got this loose rock and roll feel, and he’s a really intuitive player. As time goes on, we’re just opening up more. It’s cool.