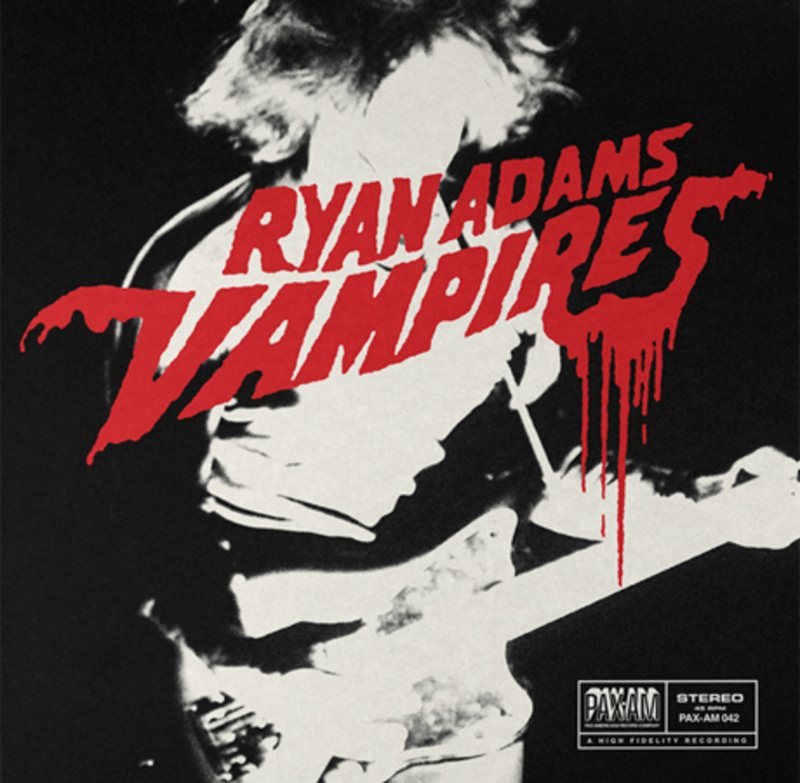 Toss out that old CD of haunted house music, because Ryan Adams is providing the soundtrack for your hell-raising Halloween hijinx. The latest in his ongoing PAX-Am Singles Series, the Vampires 7-inch hits stores on October 28th and features  four fiendishly-titled tracks, including “Clown Asylum” and “Suburbia” (just trust me on that last one). Based on his plentiful back catalog (seriously, does anyone remember Werewolph?), Adams is more than capable of scaring the living bejesus out of just about anybody.

Already the PAX-Am Series has yielded two rather disparate 7-inches: the riotous punk rock of 1984 and the country-fried Jacksonville. The series serves as accompaniment to Adams’ excellent self-titled 14th solo album.

Pre-orders for the 7-inch are ongoing. It’s also available as a bundle that features a T-shirt.

In lieu of an actual song from the EP, check out Adams’ brooding cover of Danzig’s “Mother”.