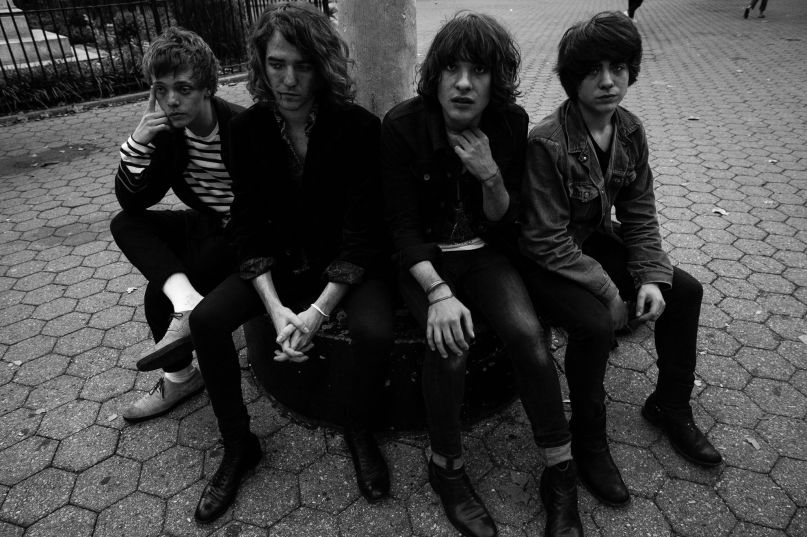 Brooklyn’s Spires craft droning psych rock sprinkled with infectious, R&B-inspired grooves. Initially a home recording project of vocalist Matt Stevenson, the group has since expanded into a quartet. They’ve spent the better part of the last year touring the country, sharing the stage with The Horrors and Temples. Now, they’re putting the final touches on their debut full-length, set for release sometime next year. In the meantime, they’ve shared a brand new single, “Sleepy Eyes”, produced by Connor Hanwick (formerly of The Drums).

Living up to its name, the track opens with a hazy and elegant guitar line. Drummer Carter McNeil keeps a steady yet hypnotic rhythm throughout, giving a thoughtful undercurrent to Stevenson’s dreamy crooning. From there, the track moves into even more of a psychedelic daze as the drums cut to half-tempo, giving the song a sudden, drowsy sensation. It’s a slow and methodical piece of psychedelia, grounded in some especially soothing pop melodies.