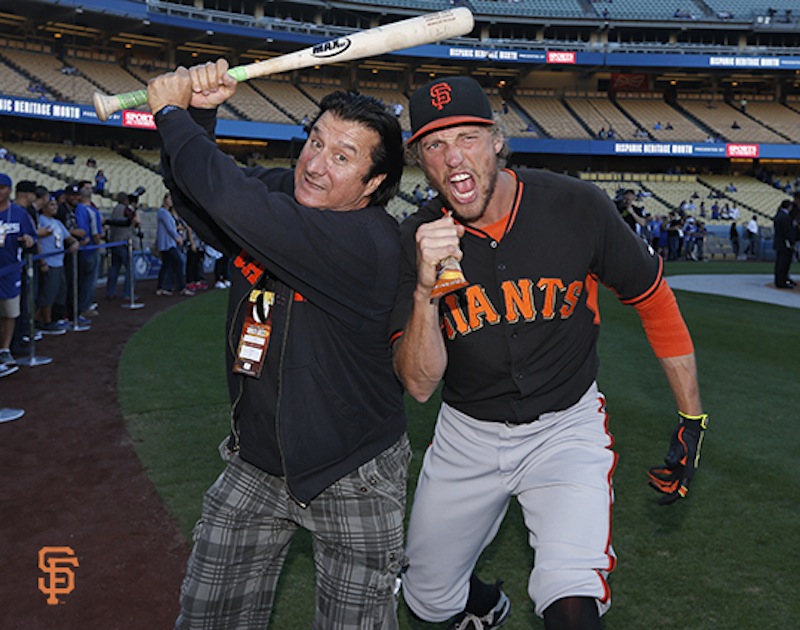 Since emerging after 20 years away from the stage to sing at an Eels show, we all wondered when Journey frontman Steve Perry would next pic up a mic. If you guessed game three of the NLDS between the San Francisco Giants and Washington Nationals, you’re some sort of seer who needs their own show in Vegas.

Perry, a renowned Giants fan, was at AT&T Stadium for the divisional championship matchup, and led the crowd in a rendition of Journey’s enduring classic “Don’t Stop Believin'”. Below, watch fan-shot footage of the singalong. And trust me, as someone who grew up in Red Sox Nation, you never stop believin’.