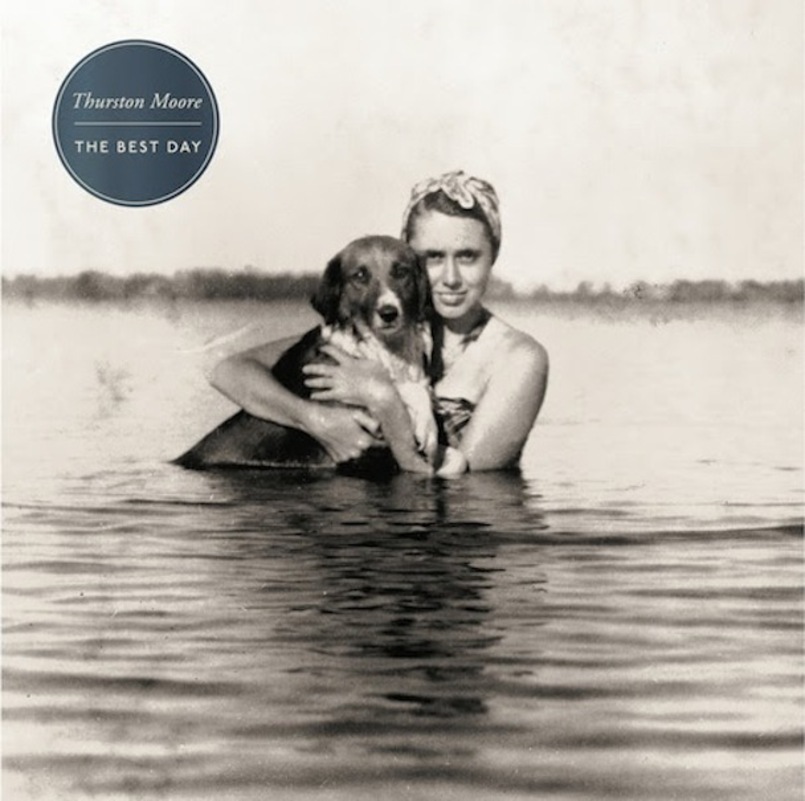 Former Sonic Youth leader Thurston Moore will release his latest solo album, The Best Day, on October 21st via Matador Records. In anticipation, the album is streaming in full below (via the Guardian).

Moore recorded the follow-up to 2011’s Demolished alongside Sonic Youth drummer Steve Shelley, My Bloody Valentine bassist Debbie Googe, and UK musician James Sedwards. Aptly dubbed The Thurston Moore Band, those three musicians will also accompany him on the road for dates in both Europe and America.

In an interview with Rolling Stone, Moore discussed how he assembled such an all-star lineup:

When I moved here (London), one of the first places I lived was in this shared flat, and there were all musicians there. One of them was this guitarist who was teaching kids how to play Led Zeppelin riffs. I was really kind of intrigued by that. When I met him he was this really sweet, gentle Englishman, James Sedwards. I just would talk about music with him late into the night. And he’s really into high-technique guitar playing, which is something I don’t really have much interest in. But at the same time, his favorite bands are the Fall and My Bloody Valentine and Sonic Youth, and things like this. He likes more of that rough, marginalized sound [laughs]. But also, he’s a total shredder.

According to a press release, The Best Day “radiates with both his signature thrashing electric guitars as well as blissful 12-string acoustic ballads. The songs range from opener ‘Speak to the Wild’, a Crazy Horse-like paean to anti-authority and activism, to ‘Vocabularies’, a paean to a new realization of language which includes ALL people, including transgender.”

The album is preceded by two singles, “Detonation” and its title track.