U2 and Morrissey perform on Italian TV — watch 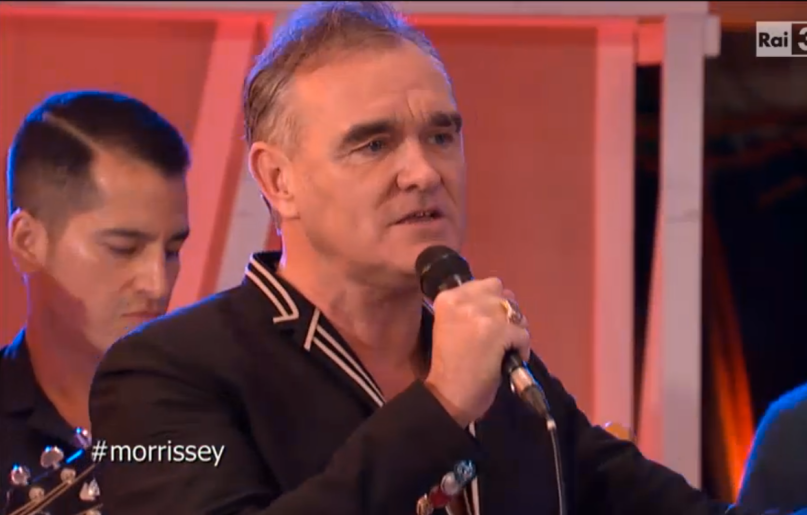 Milan, Italy managed to be the music capital of the world this weekend, as both U2 and Morrissey were in town for appearances on RAI TV’s Che Tempo Che Fa.

U2’s Bono and Edge supported their new album, Songs of Innocence — which is out on physical formats beginning today — by performing an acoustic rendition of “The Miracle (of Joey Ramone)” along with “Every Breaking Wave” featuring Edge on piano and some rather elaborate visuals. Watch the former below and the latter here.

Meanwhile, Morrissey showcased his new LP, World Peace Is None Of Your Business, by performing “The Bullfighter Dies”. It marked his first TV appearance behind the album, and it went well enough. Watch here.

Previous Story
Lorde sings South Park’s “I Am Lorde Ya Ya Ya” — watch
Next Story
The Flaming Lips, Miley Cyrus, and Moby cover The Beatles’ “Lucy in the Sky With Diamonds” — listen
Popular
More Stories
[fu-upload-form form_layout="media" title="Submit Your Photo"][input type="hidden" name="ugc" value="1"][/fu-upload-form]