Weezer perform “Ain’t Got Nobody” on Jimmy Kimmel Live — watch 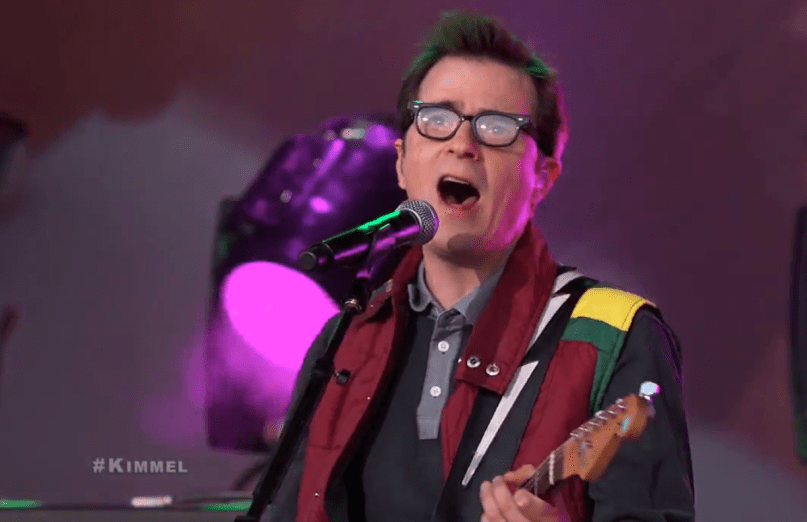 Weezer have been everywhere in support of their new record, Everything Will Be Alright in the End — from The Tonight Show to the friggin’ moon. Last night, Rivers and the gents continued to champion the LP with an appearance on Jimmy Kimmel Live. Replay their performance of “Ain’t Got Nobody” below.

So confident are Weezer in the quality of their new LP, they’ve lined up a short string of shows during which they’ll perform the entire album in full. They’ve got some dates in Mexico for Corona Capital and Phoenix for the Arizona State Fair beforehand, and then they’ll hit six club venues come late October/early November. See the full schedule here.