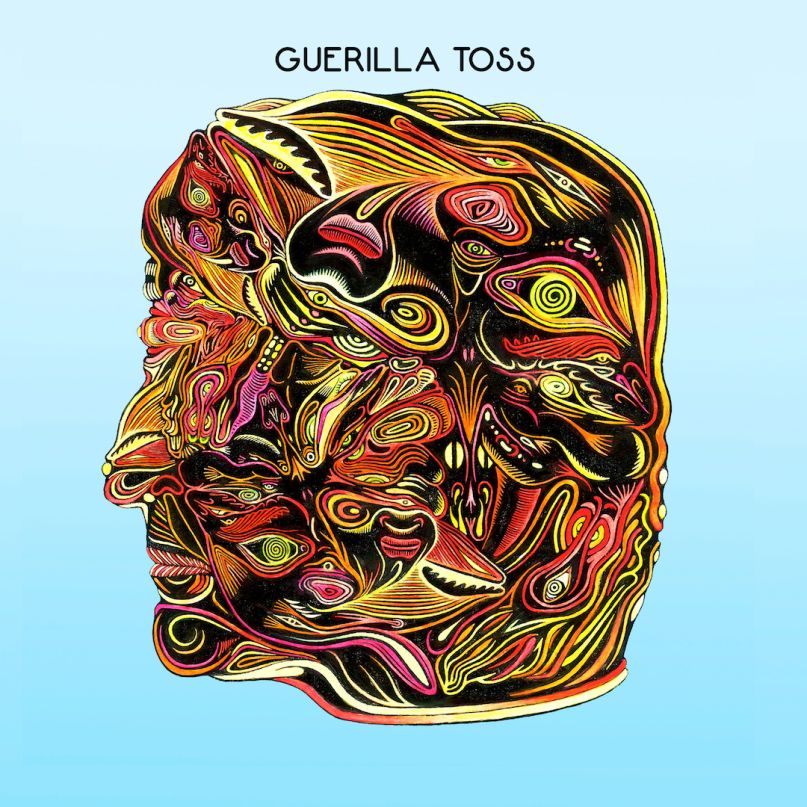 Noisy, experimental Massachusettsians Guerilla Toss released their debut full-length through Tzadik, the label run by the equally noisy and experimental avant-jazz composer John Zorn. While Guerilla Toss’ music had some of the saxophonist’s skronky music school mischief, it also reveled in no wave noise and funk grooves. The follow-up, Gay Disco, pushed them further into proggy multi-part shimmy, earning their assumed mantle of “mosh funk.” With the addition of two new band members (Pat Keuhn and NNA Tapes’ Toby Aronson) and the release of new EP Smack the Brick, that progression continues, the release burbling and screeching an “all hands on deck” call to the dance floor.

The title track opens the set, drums and bass smack-thumping into an almost old-school hip-hop strut — but Kassie Carlson’s squealing vocals haven’t mutated into a laid-back sway to match, instead retaining their angularity. While the press release’s assertion that this sounds like the Talking Heads being “birthed out of Satan’s asshole” might be a bit of a stretch, the polyrhythmic pulse wears the funk in mosh funk right on the sleeve.

On “Be the Breeder”, Ian Kovac’s bent synths drift counter to Arian Shafiee’s violent guitar as Carlson shouts the title. In this newly funkified context, her vocals recall James Chance more than any other no wave influence, jogging at a monotone shout punctuated by bolts of energy up and down the register. But Guerilla Toss have even further deconstructed the funk that informs their music; Chance’s Contortions would shimmy on relatively familiar grooves for far longer than they survive here under the weight of time changes, added layers, and rapid U-turns (especially in the giddily crumbling “Billy Blood Idol”).

As a stopgap EP between Gay Disco and their next LP, Smack the Brick could stand either as the recording where they worked out some of their extra funk fascination or where they took another in a series of steps down that groovy path. Until that becomes more clear, it’s a brief burst that should add an extra jolt to their already manic live shows.