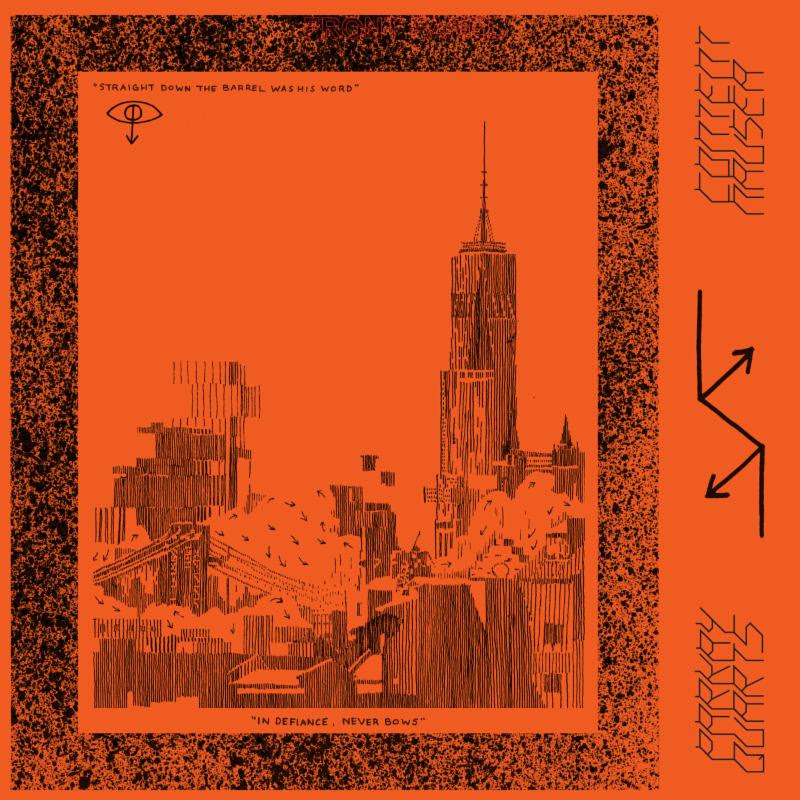 Parquet Courts’ abstaining from social media is an anomaly. So much so, in fact, that they made headlines with it earlier this year after an interview with The Guardian. It’s a strange choice to pin on the band. For all their hypnotic droning guitars and biting wit, their lack of “social presence” is arguably the least interesting thing about them, especially when they seem so socially present.

Parkay Quarts, the band’s offshoot featuring vocalist/guitarists Andrew Savage and Austin Brown, are now taking a stand against that label. Parquet Courts dealt with the idea of freedom and captivity with their last album, Sunbathing Animal, earlier this year. Parkay Quarts attempt to hone in on that concept with the same lo-fi guitars and monotone vocals toward a single target: content.

“Content” has become a buzzword in recent years. Articles, videos, music, and art all are grouped in under this bland yet all-encompassing term. There’s a huge push to curate “great content” within businesses and publications, naïve to the absurdity of that term. Blog fodder like “Which Harry Potter Character Are You?” and “20 Gifs Only Introverts Will Understand” are seared into the public consciousness thanks to the ever-present Facebook news feed. The vapidity of it all is an easy target for Parkay Quarts, but it’s not always a productive endeavor.

The band’s bitterness and discontent is firmly laid out on the album’s title track. Coming out of the stress-inducing opener, “Everyday It Starts”, the song rushes in with chugging guitars and rapid drums. Parkay Quarts’ lyrics often feel like excerpts out of a novel, and “Content Nausea” serves as the album’s exposition. Savage laments the idea that society has fallen to the millennial trope of “the more connected, the more alone.” Halfway through the song, he delivers an impassioned and rambling monologue, heavily critiquing modern ideals with bits like, “This year it become harder to be tender/ Harder and harder to remember/ Meeting a friend/ Writing a letter/ Being lost/ Antique ritual all lost to the ceremony of progress.” All this is to say that it seems highly unlikely that Savage and Brown own Kindles.

While there are plenty of savvy observations about the information age, the band offers little in the way of actual solutions. On “Pretty Machines”, Savage recalls succumbing to the allure of “expensive magazines” and “urban ease” only to find dissatisfaction. The twist comes in the second verse, when he reveals he’s found that the punk scene wasn’t immune to the same conformity of substance and style. Despite the high view he holds of himself, he admits he’s just as bad as everyone else: “You think that you’re not a servant/ You think that you can avoid stylish institution/ Worshiping illusion/ Things you thought you could destroy.” Essentially no matter how hard someone tries to be above the problem, Parkay Quarts think it’s all futile, so don’t even try. The meandering despondency continues on noise jam “The Map”. Over squealing guitars and drum machine loops, Savage describes a surrealistic trip to the doctor in which he’s given a map to navigate his feelings. Just as it’s unclear by the end of the song where exactly Savage finds the root of anxiety, Content Nausea is vague in terms of what action they want their listeners to take after this lesson on the evils of content.

Outside of their own words, the band includes two pertinent covers that offer brief detours from the loftiness of the album. The first of which, The 13th Floor Elevators’ “Slide Machine”, feels like it could have been written by the band themselves. The light southern twang and repetition is reminiscent of the aesthetic on Parquet Courts’ sophomore album, Light Up Gold. It’s their rendition of Nancy Sinatra’s “These Boots Are Made for Walkin’” that’s the true standout. While the original is famed for Sinatra’s sass and attitude, Savage and Brown deliver a typically stoic performance. Where others like Jessica Simpson have tried replicating Sinatra’s magnetism, Parkay Quarts flip it around to play into their own idea of complacency. The track builds, adding in a lively horn section, before erupting into violent screams.

All of the distortion and ruckus culminate in the album’s closer, “Uncast Shadow of a Southern Myth”. Both lyrically and musically, it may be one of the project’s finest moments. Moving at a patient pace, the six-minute epic details a confrontation between two men in the south. It’s a similar vibe they broached on “Instant Disassembly”, but with a greater emphasis on storytelling than examining a peculiar feeling. Parkay Quarts’ attention to detail shines brightest. Descriptors like Coke-stained teeth and words hanging like kudzu paint the scene eloquently for the evil deeds about to come. Savage seamlessly works in dialogue, giving bona fide character development and advancement of plot.

Content Nausea stands on par with the groundwork laid by Parquet Courts, further establishing Savage and Brown as lyricists. The only problem here is that the point they’re trying to make barely extends beyond vindicating their choice to refrain from social media culture. Even still, the two songwriters show moments of brilliance best appreciated while poring over the liner notes and lyric sheets. With some fine tuning, these guys could produce some fine content.

Essential Tracks: “Uncast Shadow Of A Southern Myth”, “Content Nausea”, and “These Boots”