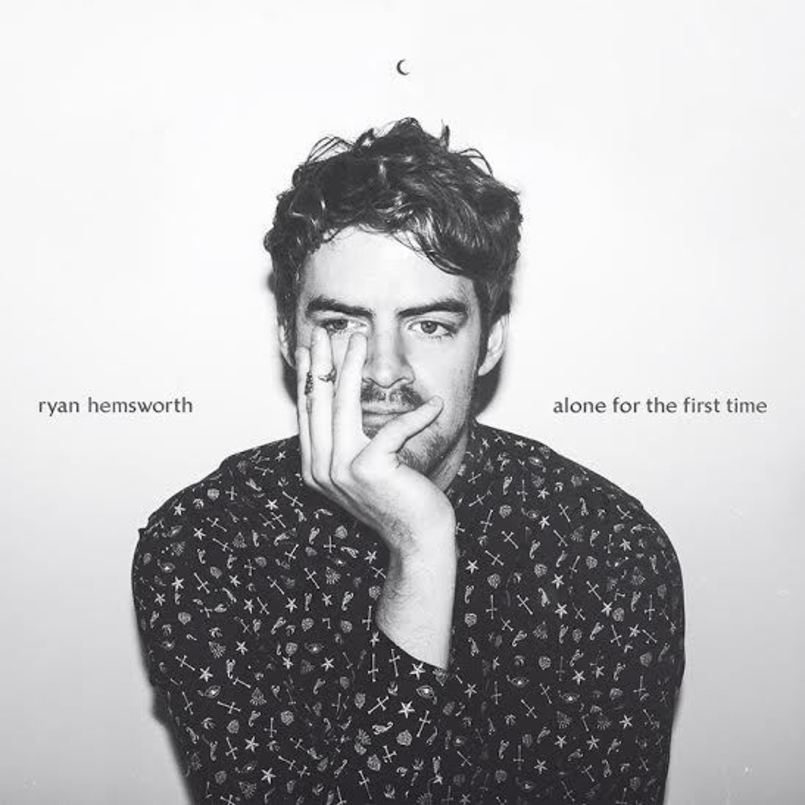 Bred in a city without a scene (Halifax, Nova Scotia), Ryan Hemsworth found himself on self-guided tours across the fringes of the blogosphere. Quenching a thirst for beats that once sent turntablists to the forgotten racks of the local record shop, Hemsworth keeps an index finger scrolling through the endless pages of SoundCloud — as showcased on his new Secret Songs imprint. This digital method suits Hemsworth, a man who, despite a near constant tour schedule and a habit for career-breaking collaborations, prefers those moments still reserved for his laptop in the comfort of his bedroom. Admittedly burnt out by club culture — as would anyone who eagerly accepts any after-party invite tossed his way — the emotive beatsmith has utilized the creative window of his sophomore LP, Alone for the First Time, to reflect on those rare moments of solitude between takeoffs. Established around an “emo” core, all seven cuts are still just a few tweaks away from working on dance floors from Tokyo to Tacoma.

This retaliation to the maddening hardstyle kick of main stage EDM has been well-documented during 2014. Contemporaries Porter Robinson, Groundislava, JEROME LOL, and Giraffage have also offered more substantive alternatives to the pure escapism supplied by club personalities like Martin Garrix, The Chainsmokers, and Zedd. Hemsworth’s aesthetic isn’t strictly reactionary, established on a delicate language of rogue samples and poetic melodies that the producer has been refining, and often torturing, for nearly a half-decade. So many are content adding a few tweaks, rough garage bass lines, and distorted vocal loops to Top 40 hip-hop or R&B singles in attempts to garner recognition and much needed industry support (which Hemsworth hasn’t always shied away from in the past). Hemsworth, on the other hand, continues propelling himself further, uncovering his global vocal cast from across the web and subsequently developing his own instrumental nuisances around their unique strengths.

The allure is not as instantaneous as his 2013 debut LP, Guilt Trips, but this is not a case of diminishing returns. All of the elements remain, they just sit much tighter in the mix. Whereas Guilt Trips’ “Avec Vous” disjointedly plotted through a gypsy carnival, the toddler shrills, analog bleeps, and lush guitar of “Blemish” all maintain form just long enough to sweep listeners into a Brainfeeder-esque astral plane. Each sample is so whimsical that it’s hard to take the track (or Hemsworth) seriously. But, if he had chosen to go with a more tormented facade, “Blemish” would transform into a single belonging to the IDM of Warp or Planet Mu.

Garage, footwork, juke — each of these underground elements momentarily finds a home within the overall bliss of Alone for the First Time. Throughout the quick seven tracks here, Hemsworth challenges the sensibilities of indie pop without restricting its appeal. The featured collaborators and digitized textures are refreshingly new, yet the messages are universal. The intro of “Snow in Newark” (featuring Dawn Golden) specifically focuses on the pains of performing in clubland when a loved one is passing the time away alone, the agony of the departure shared by many twentysomethings: “And I don’t want to leave you here/ I just want to be your shadow.” This heartfelt notion of coupling echoes through the dizzying chaos of “Surrounded” (with Kotomi and DOSS); sometimes it is only the support of an earnest other that urges us through life’s everyday trials.

Enlisting the talents of so many figures could muddle the meaning of the album title. However, with much of the collaborative work done through Dropbox and social media exchanges, Hemsworth was able to work where he felt most comfortable. That separation allowed the artists to work from a place of introspection instead of studio one-upmanship. None of the tracks on the album go as far into the electronic cataclysms of Secret Sound favorites like GFOTY, each restrained by the various artist’s own fears and insecurities. Two years ago, “By Myself” (featuring The GTW and The Little Cloud) might have spun off into a lean-soaked egoist banger, but instead of looking to please the dance floor, the collaborators work to evoke a sense of transparency between artist and listener. Sometimes being alone is just better with a partner.

Like most worthwhile encounters, Alone for the First Time leaves you wanting more. Unlike recent guest-heavy works by Flying Lotus and SBTRKT, there is no glut of unwanted beats between peak performances. The majority of producers and labels would zealously wait to complete a Skrillex project before releasing a new album, yet that collaboration still rests unfinished on Hemsworth’s laptop. Placing honest artistry over moving units, one must wonder what other projects sit, just waiting for a few more sessions.

Removed from North America’s influential electronic and hip-hop meccas, Hemsworth has taken the opportunity to define his own production voice. And while that language has been influenced by Alexis Taylor and The Postal Service (opening tracks “Hurt” and “Walk Me Home” ought to coax the duo into a collaboration), Hemsworth is on a trajectory to influence a new generation of loners to capture the battered beauty of our shared, fleeting existence.