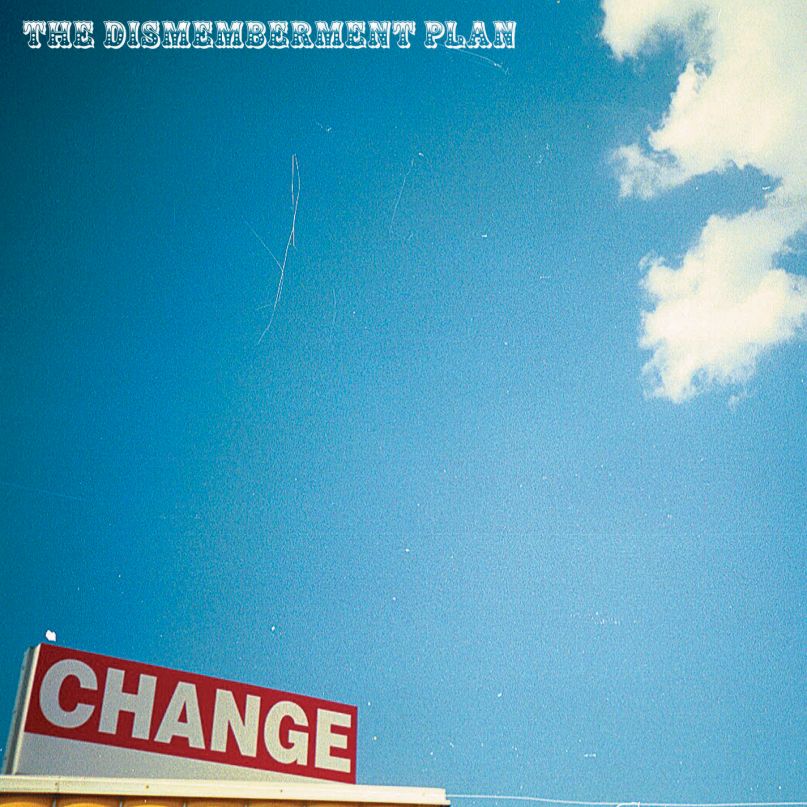 There’s an amazing moment that occurs courtesy of guitarist Jason Caddell during the third verse of “Ellen and Ben”, the final song on what was for 12 years the Dismemberment Plan’s final album, Change. An outlier among every track preceding it, “Ellen and Ben” has a breezy, keys-speckled arrangement and finds a cool and collected Travis Morrison narrating a simple anecdote about two young people who meet under unremarkable circumstances, enter into a long-term relationship, and then break up. By this third verse, their relationship is at the point where their friends no longer hear from them, and it’s here that Caddell starts to play this rhythm-less, twinkling texture that’s faint in the mix but beautifully complementary. His guitar doesn’t distract from Morrison’s words, but you sense it coming up from underneath, knocking on the door, starting to disrupt the established cycle.

Few closing tracks alter an entire album’s aftertaste as drastically as “Ellen and Ben”. The positioning of this song and Morrison’s suddenly conversational sign-off (“You know how it goes, and so do I/ So call me when you can now/ You know how I love a surprise”) as the bottom line of an album that guns for the essence of aging out of young adulthood is more than a nice touch — it’s essential. Change can seem like a time bomb; it can feel like getting blown from the face of the earth, but this is what it looks like. One day, two of your friends meet each other, and before you know it you haven’t seen either of them in forever, and who knows if that’s for good. D-Plan always had a knack for saving the best track for last.

Change‘s reissue and vinyl premiere offers not only the first-ever official printed lyrics to “Ellen and Ben”, but also a chance to reconsider an album that hardly stood a fair chance in the shadow of the band’s groundbreaking 1999 masterwork, Emergency & I. As soon as Morrison first opens his mouth on Change opener “Sentimental Man”, he’s already surrendered, sighing, “There’s no heaven and there’s no hell/ No limbo in between, I think it’s all a lie/ Just a white light out to velvet black/ And back to neutral gray, that’s all when we die.” After wringing himself dry the last time around, he sounds spiritually exhausted; when you’ve already explored the edges of emergency with more than half your life still ahead of you, what comes next?

What makes Change great in its own right is the way the Dismemberment Plan treated these diminishing returns on songwriting as inspiration in and of itself, facing the evidence that all arrows were pointing toward the end of the band. Their perfect album was behind them, their upward mobility was bleak, and they were on the cusp of 30, with windows leading out of the full-time music life closing. As Morrison explained in an interview with HitFix during the band’s 10-year reunion tour in 2011, “We were not on track to be pop stars. We were on track to be club lifers. I know the people who have managed to make that jump, and we are so different from them genetically. I think that I just got this injury — and it didn’t have to be career-ending — but how much longer did I want to go after?”

Morrison has cited second track “The Face of the Earth” as his favorite Plan song ever, which seems like a weird pick given that it’s another of his rare plot-line pieces, but it works very well as an entry point into the band’s work. It grows and shrinks as Morrison narrates a dream about loss, expertly hitting opposing dynamics and showcasing a number of the band’s strengths in collaborative musicianship inside a five-minute adventure. The next track, “Superpowers”, is Change‘s most inviting, founded in a soft melancholy to weird up the impact of realizing that its lyrics present Morrison at his most pathetic.

At times, it’s easy to hear the band straining. “Pay for the Piano” has about the battiest melody and chord structure the Plan have ever written, and Morrison’s actually being serious this time. The spare “Automatic” may as well be a sequel to Emergency’s “The Jitters”, a translation of cabin fever so brutal that no one should listen indoors. And “Time Bomb”, a song Morrison admits is among his most juvenile, has nonetheless become one of the Plan’s most popular in recent years for its flagrant aggro-pop design and Morrison’s fiery cadence when professing, “I am a tripwire.”

But the track that best reveals the Dismemberment Plan appearing conscious of their approaching cutoff is the penultimate song, a track that amplifies the closer by staunchly opposing its everything-is-OK conclusion and laid-back dance energy. “The Other Side” is to date the Dismemberment Plan’s final assault, the last time they would physically grind anxiety into dust like on past blitzkriegs “OK Jokes Over” and “I Love a Magician”. Morrison delivers devastating truths (“There are years that’ll fly like wind across a flood plain,” “There are weeks that’ll crawl like slugs across a hot road”) with emcee-level ease but emo-level insistence; Caddell and producer J. Robbins perfect a few more of the stretched and inflated guitar lines that claim Change‘s sonic fingerprint; and Joe Easley slams the door shut on his case as an elite drummer of the decade pre-industry collapse.

The vinyl edition of Change has a cute line on the back cover below the Partisan Records logo that reads “is the label that pays us.” Morrison has made it perfectly clear that the band’s now three-year-old reunion was foremost about capitalizing on the appreciation that wasn’t close to fully developed by the time of the original “last tour,” in support of Change, which was to start on September 11, 2001. But in the 10 years since, everything — music, the internet, the band members’ new lives — aligned to rightfully let the Dismemberment Plan cash in on their back-to-back powerhouses. Emergency & I is still the better record, but the Plan pulling off something as substantial as Change just two years after squeezing out every last drop of urgency is the more impressive accomplishment. Listening today, I’m reminded of a recent Stephen Malkmus quote: “Experiencing true organic change is not just vaudeville, like Bowie — it’s very difficult to manifest. You need a sea change, as Beck would say. You have to hit a rock bottom or a sky-high epiphany.” The sound of this change is no less difficult to manifest, and Change remains about the closest thing to it that I can find.

Essential Tracks: “Superpowers”, “The Other Side”, and “Ellen and Ben”