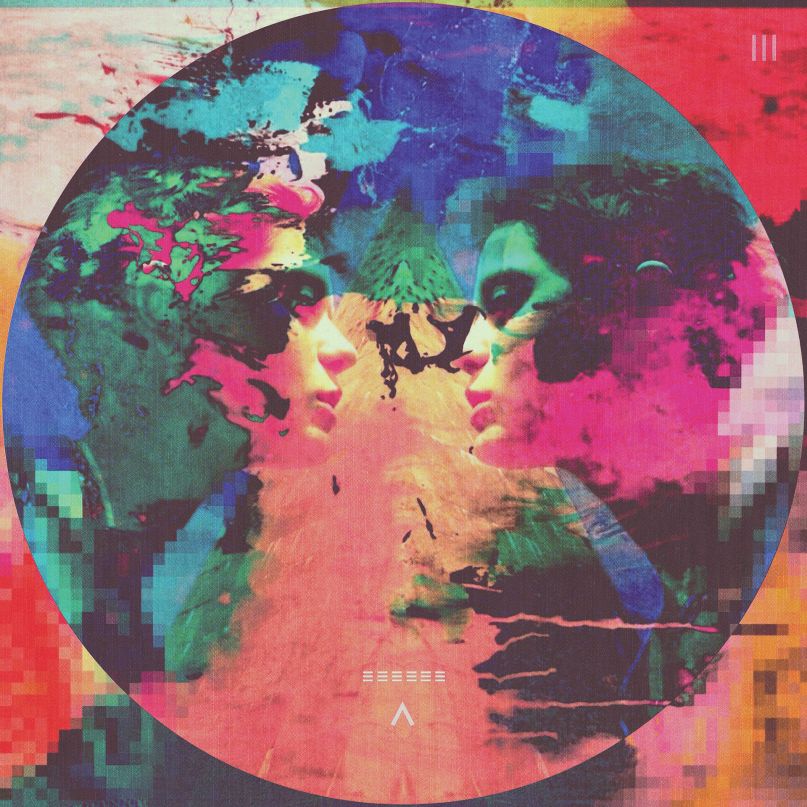 Young Tongue have outdone themselves. Formerly known as The Baker Family, the Austin five-piece shaved their sound down to a succinct nine songs for their debut full-length, Death Rattle. Back in the early 2000s, alt rock got conceited, and every new act took a swing at the genre with pacified results. Today, amidst a disco revival and melodic punk scene, Young Tongue have laid out a laudable form of dizzying alt rock. They’ve raised the bar by themselves, not stopping until their album was stuffed to the brim — and they nearly lose their breath under the weight by the end.

Husband and wife Stu and Liz Baker roped in Nathan Ribner, Darryl Schomberg II, and Travis Larrew to map out a record that’s guided by a heavy rhythm section. Immediately following the opening notes of “Horse and Whales”, guitars duel above continually plunging bass. The rest of the record follows in suit. It’s clear that Young Tongue hope to emphasize their impeccable rhythm section to keep their prog rock writing from slipping: It’s there in the experimental pop of “Caveshare”, the endearing absentmindedness of “Birthday Rats”, and the post-punk licks of “Nickelodeon Dream”. Every track is driven by percussion, but Young Tongue dress them with antagonistic patterns that, like all fashion faux pas, work when the subject exudes enough confidence.

Death Rattle glows with airy omnichord melodies layered over serrated guitar solos. The chunky bass of “Heavy Metal Thunder” soaks in the pairing, giving it a heavy, cobwebbed menace similar to Mew. When single “Cat Calls” starts up, the comparison to the Danish band echoes most clearly. Sparring vocals from the Bakers incite a playful ringing that implodes halfway through, turning into an ominous, seedy rebellion. For Young Tongue, Death Rattle is about the dizzy burst of sound they have in their heads, and “Cat Calls” sees it realized in perfect detail.

However, that woolliness eventually works against them. Instead of the humming cacophony that makes many of their singles work, several swirls of instrumentation start to blur together after the songs pile up. Death Rattle excitedly ropes in too much at once, muddying their intent. The quintet’s debut still impresses by swimming with conflicting parts, but at times it’s hard to tell where you’re supposed to look mid-song.

Still, Young Tongue present a beautiful combination of sounds throughout. “Sand Dance” hops with the vocal flair of Typhoon’s “Young Fathers”, and “Matriarchs” sweats itself out of a fever thanks to sassy, dynamic drumming. This band’s hungry layering differentiates them, clouding their sounds to make each listen a new experience; however, a leader fails to stand out in most songs. If listeners are supposed to enjoy the album as a unified listen, then Young Tongue have to be clearer next time about where we’re supposed to focus our attention. But Death Rattle is solid enough that there will certainly be a “next time” for them to do so.