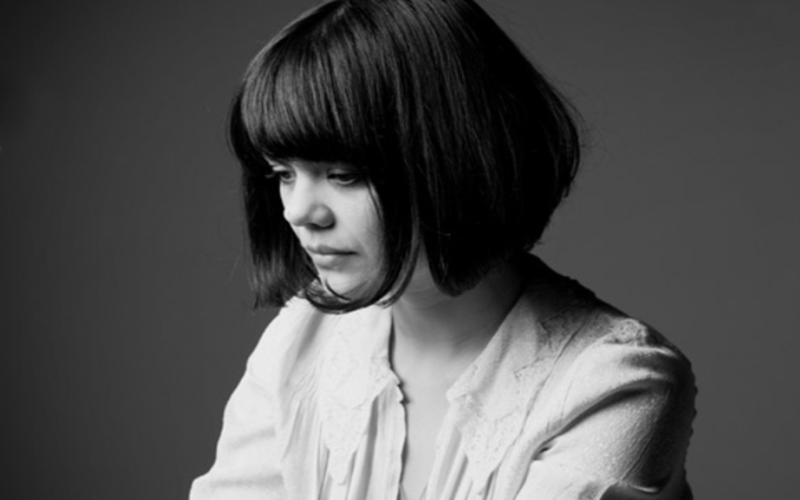 When last we heard from Bat for Lashes’ Natasha Khan, she had just released “Skin Song”, an original composition inspired by the human epidermis, which appeared on a compilation album organized by doctors, scientists, and researchers. In a slightly more hip career move, Khan has contributed to the Lorde-curated Hunger Games soundtrack, covering Son Lux’s 2013 single “Plan the Escape”.

The original is interesting in that it utilizes different voices to add to the clatter of the upbeat instrumentation. For her version, Khan strips away practically everything, putting the emphasis squarely on her vocals. The resulting track is much darker and more intense, with Khan wailing amid a sea of rumbling synths and reverb-heavy percussion, as if she’s running from some big, black force in the sky. It doesn’t exactly instill a sense of hope, but Khan’s performance and general theatrics are compelling enough to keep you firmly in her grasp. Listen in below.

The Hunger Games: Mockingjay — Part 1 soundtrack is due out on November 18th via Republic. For more, check out CHVRCHES’ “Dead Air”, the Ariana Grande-led, Major Lazer-produced “All My Love”, and the Charli XCX-Simon Le Bon duet “Kingdom”. Lorde also has several contributions: “Yellow Flicker Beat” (and its subsequent Kanye West remix); “This Is Not A Game”; the HAIM/Q-Tip/Pusha T collaboration “Meltdown”; and a cover of Bright Eyes’ “Ladder Song”.