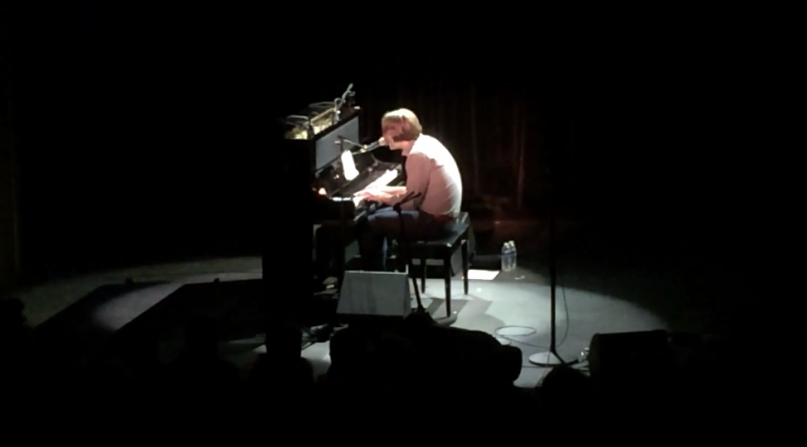 As Death Cab For Cutie wraps up recording of their new studio album, frontman Ben Gibbard briefly stepped away from the band Saturday night for a rare solo performance at Seattle’s Neptune. Part of a fundraising event benefiting Seattle youth arts, the stripped-down set was a veritable highlight reel of Gibbard’s career. Throughout the evening he performed deep cuts from Death Cab’s back catalog, his recent solo album, and his collaborations with Jay Farrar. He also made room for a few covers, mostly notably a piano rendition of Alvvays’ “Archie, Marry Me”.

Before jumping into the performance, Gibbard proclaimed “Archie, Marry Me” as his “song of the year.” It makes sense, as the power pop track feels akin to something Gibbard would write himself. His voice soars in the high vocal swells of the chorus while the piano plods along somberly. Update: Watch pro-shot video of the performance below.