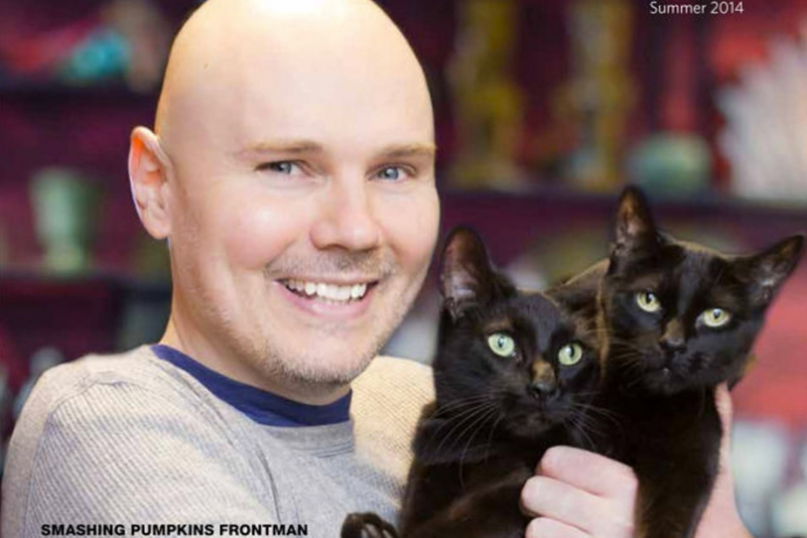 During a recent episode of Anderson Cooper’s CNN program Anderson Cooper 360, the news anchor made Billy Corgan the subject of “RidiCulist”, mocking the Smashing Pumpkins frontman for appearing on a recent cover of PAWS Magazine and his involvement in a commercial for a local furniture store.

Corgan initially responded to Cooper on Twitter, writing, “Sorry to disappoint, but when I’m not raising cain for a great organization like @PAWSchicago, I’m still making REAL music. I realize you’re too busy being a globalist shill to know the difference, but there are those of us who do as we like.”

Last night, however, Corgan went one step further. During Smashing Pumpkins’ show at Chicago’s Thalia Hall, the band sold T-shirts reading, “Fuck You Anderson Cooper,” alongside the image of two cats in bow ties. Supposedly, all proceeds from the sale of the T-shirt went to charity.