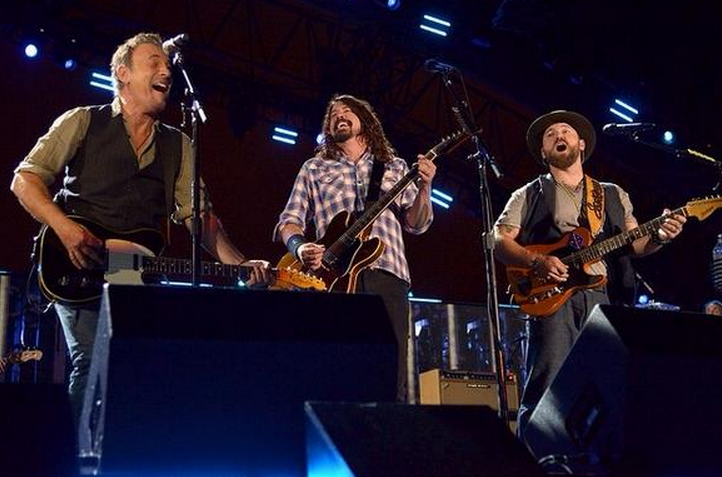 A host of big-name musicians gathered in Washington, DC to honor the troops this Veteran’s Day. The Concert of Valor, which was aired live on HBO, featured performances from Bruce Springsteen, Dave Grohl, Eminem, The Black Keys, Metallica, and Rihanna.

At one point during the concert, Springsteen, Grohl, and Zac Brown teamed up for a cover of Creedence Clearwater Revival’s “Fortunate Son”. The performance was met with mixed reaction. Conservative website The Weekly Standard questioned why Springsteen and co. decided to perform an anti-war, anti-draft protest at a concert “largely organized to honor those who volunteered to fight in Afghanistan and Iraq.” However, as The Washington Post notes, the song dates back nearly 50 years and was written in response to a different White House overseeing a different war. Furthermore, CCR frontman John Fogerty recently performed the song himself at another event organized by the White House.

Watch fan-shot footage of the “Fortunate Son” performance below.