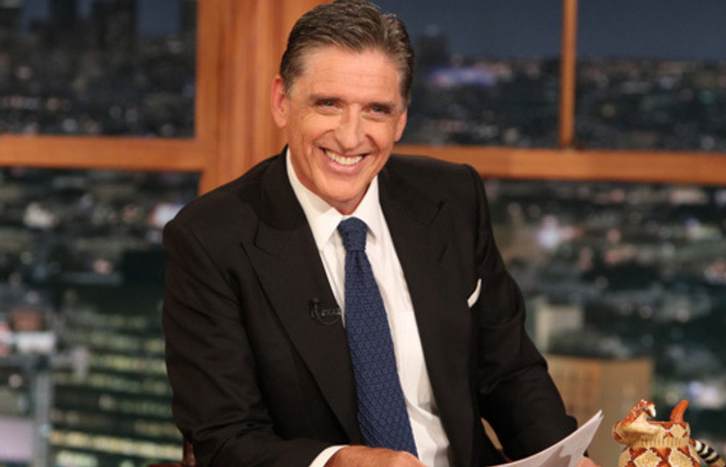 At the end of next month, Craig Ferguson will make his exit from CBS’ Late Late Show after an impressive 10-year run. A few months later, on March 9th, 2015, British actor/comedian James Corden will assume the reins as the show’s new permanent host.

If you’ve done the math, that still leaves close to 10 weeks of television that’ll need a-hostin’. To fill the gap, CBS has enlisted an all-star roster of guest hosts to hold down the fort from January 5th through March 6th. The lineup begins and ends with Drew Carey (whom appeared alongside Ferguson on The Drew Carey Show) and also features director Judd Apatow, musician John Mayer, and actor/comedians Will Arnett, Wayne Brady, Jim Gaffigan, Billy Gardell, Sean Hayes, Thomas Lennon, and Kunal Nayyar.

It’s worth noting, though, that none of those names are women, a notorious problem for the entire late-night TV industry. Back in September, shortly after Corden was announced as the replacement, Kathy Griffin revealed that CBS wasn’t even considering women for a permanent hosting position. CBS later denied the charges, explaining that network execs were considering all potential options. When Chelsea Handler departs E! to host a new Netflix series early next year, the number of female late-night hosts will drop to zero.

And just because, some highlight’s from Ferguson’s run.