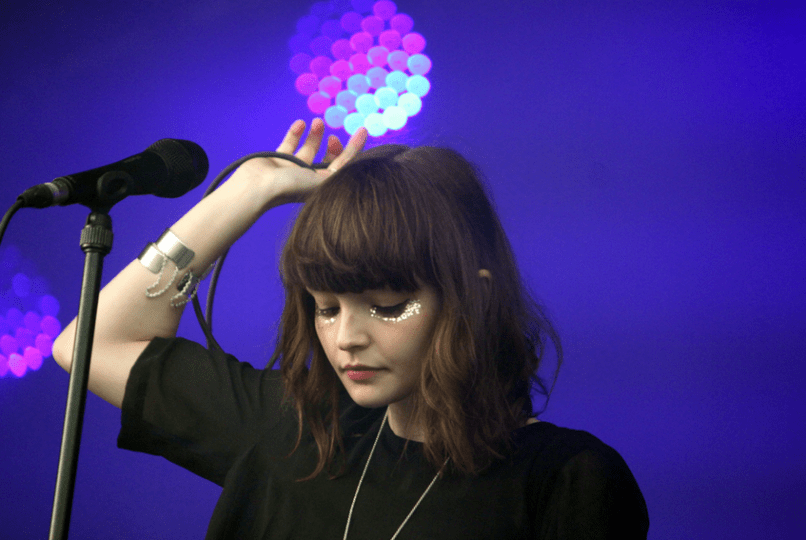 CHVRCHES have been playing a song alternatively called “Richard Pryor”, “Gene Wilder”, or “Eddie Murphy” on the road for a few months now. Turns out the studio version of the track — officially dubbed “Dead Air” — is featured on the Lorde-curated soundtrack to The Hunger Games: Mockingjay Part 1, due out November 17th.

The song appears at first to be a lighter slice of the band’s upbeat electropop stylings, with the flying synths and snapping drum kits we’ve come to love from the Scottish trio. That is until that brooding chorus hits with its refrain of “We are all just dead air.” How’s that for a rallying cry, Katniss? Take a listen below.

This isn’t CHVRCHES only soundtrack contribution as of late. They also recently delivered a song called “Get Away” for the Drive soundtrack rework curated by BBC Radio 1’s Zane Lowe.