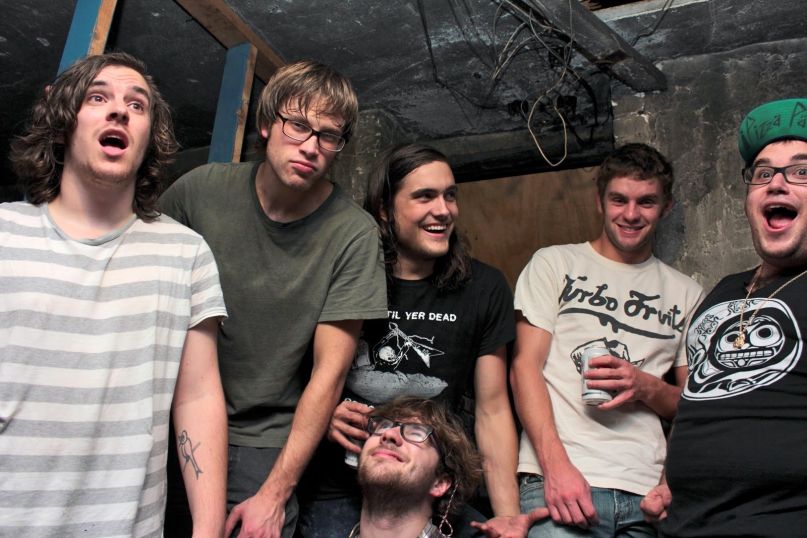 Nashville’s Diarrhea Planet have already shared four-fifths of their latest EP, Aliens In The Outfield, ahead of its November 18th release via Infinity Cat Recordings. First came the assualtive “Spooners” and then, the softer, nostalgia-laden “Platinum Girls”. The six-piece next upped the ante by unveiling the pop-rock scorcher “Heat Wave” and, more recently, they channeled Pinkerton-era Weezer with “Bamboo Curtain”.

Today, they unveil the EP’s fifth and final track of the EP with “Peg Daddy”. Though Diarrhea Planet’s known for making plenty of noise, this is volume of a different sort. The whole thing begins like some kind of lo-fi Explosions in the Sky song with gentle, streaming guitars and the cascade of percussion. “Peg Daddy” does eventually explode into a cacophony of blistering rock dissonance, but those quite moments were a romantic respite and further display just how well-rounded the band is. Listen in below (via Alt Press).