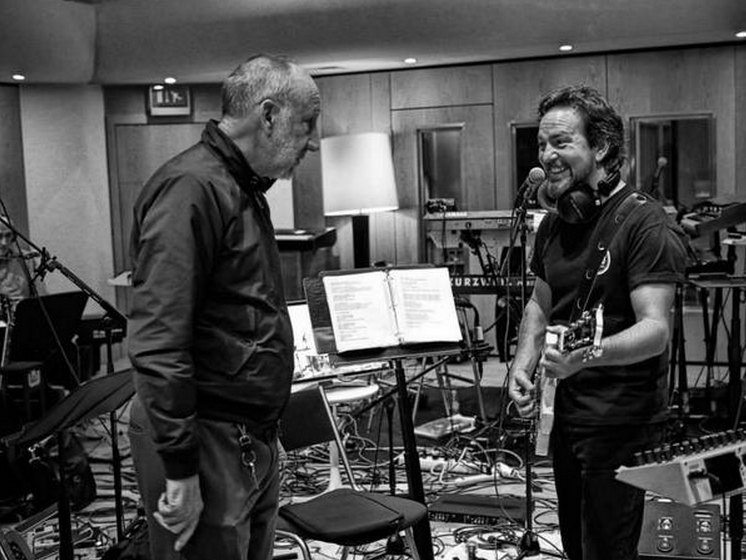 On Tuesday night, The Who held their annual Teenage Cancer Trust benefit concert at London’s Royal Albert Hall. In an evening jam-packed with guest stars, including Rush’s Geddy Lee, The Strypes, and Brody Dalle, the biggest attractions came in the form of Pearl Jam’s Eddie Vedder and Oasis’ Liam Gallagher.

Each frontman got his chance to lead Roger Daltrey and Pete Townshend’s backing band through a series of Who classics. In his first public appearance since Beady Eye split, Gallagher delivered a spirited rendition of “My Generation”. Meanwhile, Vedder hit the stage for a madcap run through “Naked Eye” and “Won’t Get Fooled Again” before bringing everyone (sans Gallagher) back out for a set-wrapping take on “Listening To You”.

As NME points out, Daltrey closed out the evening with solo versions of “Substitute” and “Young Man Blues”. Townshend, on the other hand, skipped the event entirely, instead staying home in order to “look after the dogs.”

Below, watch fan-shot footage of Vedder and Gallagher’s performances.

Eddie Vedder & others – “Listening To You”:

Next up, The Who will embark on their 50th anniversary world tour, which the band has described as “the beginning of the long goodbye.”