Film Review: Dumb and Dumber To 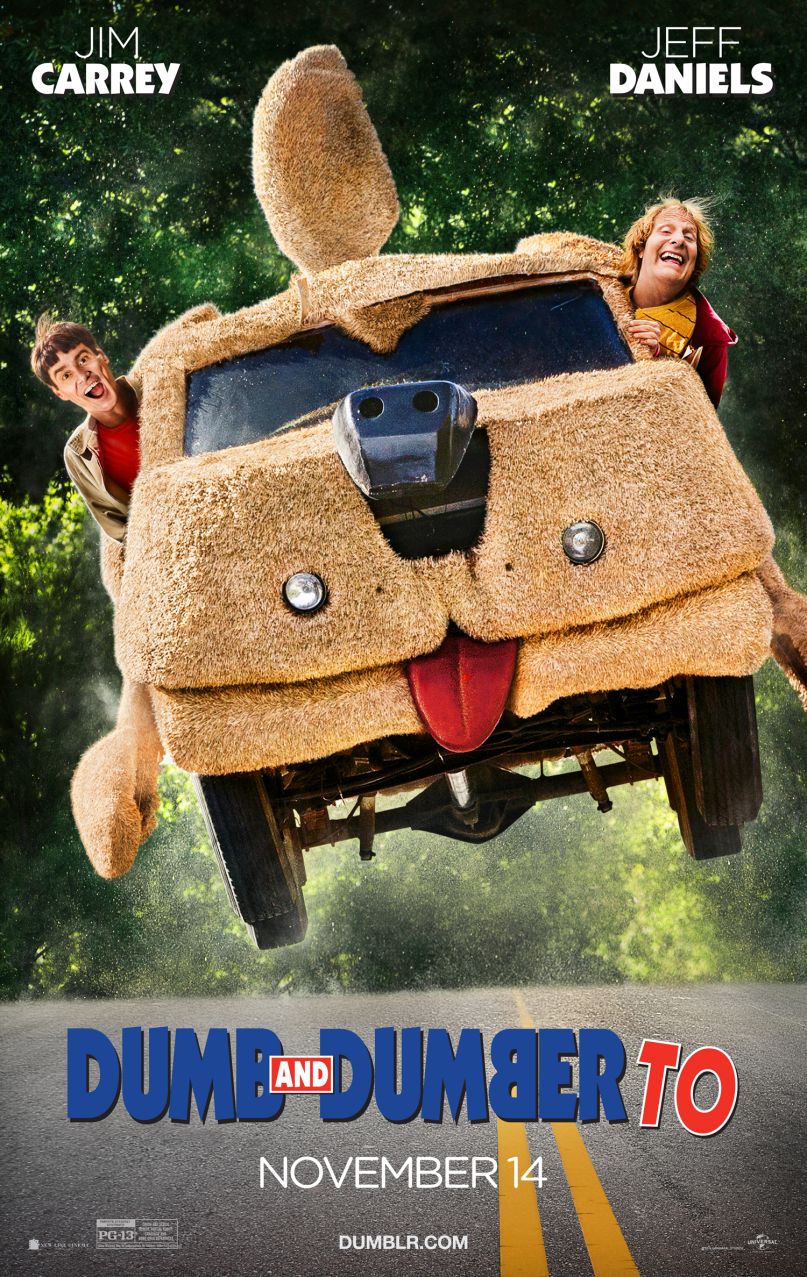 What happened to the Farrelly brothers? Not too long ago, the Rhode Island natives used to carve out legitimate comedy events that all had their own weird signatures to them. They curiously saved the best cameos for sports stars, revitalized oft-forgotten veteran comics, and cast disabled actors in essential roles. What’s more, the music was always inspiring, and each film typically paired two unlikely leads who would often rekindle their respective careers in a new light. Above all, their films came from a hearty place, oozing with a twisted Capra-esque Americana that felt warm and cozy despite the crude humor.

With the exception of 2011’s Hall Pass, a much derided film that actually hearkens back to their salad days, the Farrelys have crinkled their filmography with dud after dud, starting with 2007’s The Heartbreak Kid and peaking with 2012’s embarrassing flop, The Three Stooges. By revisiting their debut film, 1994’s Dumb and Dumber, most fans could assume a return to their roots would be somewhat therapeutic for the two; instead, Dumb and Dumber To proves that expectations can and should always be set lower.

Twenty years later, the comedy sequel once again finds Lloyd Christmas (Jim Carrey) and Harry Dunne (Jeff Daniels) traveling around the country as dumb as ever. This time around, they’re in search of Harry’s daughter, who was given up for adoption by the legendary Fraida Felcher (Kathleen Turner). If that sounds like a fairly original storyline, don’t get too excited. The entire 110-minute production feels less like a sequel and more like a dilapidated, uninspired reboot of the original hit.

Upon each beat, the film manages to revisit just about every gag found within the original. Lloyd’s Bianca bit? Check. Billy the Blind Kid? Of course. The Mutt Cutts van? Why not. Mannerisms, one-liners, audio cues (sorry, Todd Rundgren), and wardrobes were all fair game apparently and are all dusted off and tangled into this mess. What’s worse, they also reuse twists, storylines, and character types (Rob Riggle is Mike Starr, Laurie Holden is the late Charles Rocket), enough that some savvy fan out there could easily line this film up with the original and craft a scene-by-scene comparison.

It gets better: Unlike the original, which remains fairly timeless, the Farrellys opt for unnecessary pop cultural references, specifically an egregious cameo by the cast of Here Comes Honey Boo Boo. (Christ, even TLC cut ties with them, and for good reason.) And earlier on, there’s also a painfully unfunny Breaking Bad gag waiting for the hapless duo back at their apartment; this is, in fact, your cue to drop the popcorn, dust off your pants, and join Jennifer Lawrence in walking away from this travesty.

From there, the film has one flash of brilliance — a gag involving their confusion over return addresses — and the rest is about a hair above Aaron Seltzer’s brand of comedy. Yet to Seltzer’s credit (a sentence this writer never thought he’d pen), he typically only writes alongside Jason Friedberg. Somehow, Dumb and Dumber To required the work of six writers (!): Sean Anders, John Morris, Bennett Yellin, Mike Cerrone, and the brothers Farrelly. Too many cooks perhaps? That’s one excuse.

Regardless, the film’s corporation of writers still fumble what should have been their easiest assignment: Harry and Lloyd. Not only are they caricatures of their former selves, but they’re also surprisingly mean-spirited. When were they ever misogynists? Or culturally biased? Or this vindictive to one another?

“Yeah, these guys are really dumb. They’re really stupid. But that doesn’t make them bad people,” co-star Kathleen Turner told Collider recently. “In fact, the people who do look down on them usually get their comeuppance. I like that. I like that there is a sweetness in this humor.”

That’s not the case anymore. At one point, the two berate a scientist for being a nerd and shortly after ask a female host to “show us your tits.” Without sounding like an aggravated think piece, these additions not only fall flat but spoil the charm and good will of the film’s leads. They’re not protagonists in this sequel, but annoying assholes worth ignoring.

Which is quite depressing because Carrey and Daniels hardly phone in their performances. As they’ve expressed in recent interviews, this was a fun film for them to make, and it’s obvious they’re having a blast. The problem is that they’re playing histrionic versions of their iconic roles, and there is absolutely no heart and soul to any of it. It’s very similar to Ace Ventura: When Nature Calls, a film that capitalized on all the character’s quirks and forgot what made him at all relatable.

That film is important to note because, until now, it was the only sequel Carrey had agreed to do. Previously, he would balk at the idea of revisiting any past characters, a hesitation he’s tempered these days. “I don’t concentrate on sequels, but I’m not as resistant as I used to be to them,” he recently told Collider. It’s a shame, Mr. Carrey; you were right to trust your instincts.

After all, Dumb and Dumber To is quite an embarrassment. (Though, it’s likely more damning for Mr. Daniels, whose “ultra important” HBO series The Newsroom tipped off its final season this past week.) Never has a sequel felt so obvious and uninspired. It’s almost as if the entire Farrelly team tirelessly deferred to their fans’ incessant requests by issuing the most pandering, recycled sequel they could muster up. In retrospect, it’s actually an insult to their talents if they didn’t do that.

So, if you really wanna hear the most annoying sound in the world, head to your local theater this weekend and listen to America laugh at this heartless drivel. Then again, there’s a one in a million chance you might laugh, too.

See how easy that is?